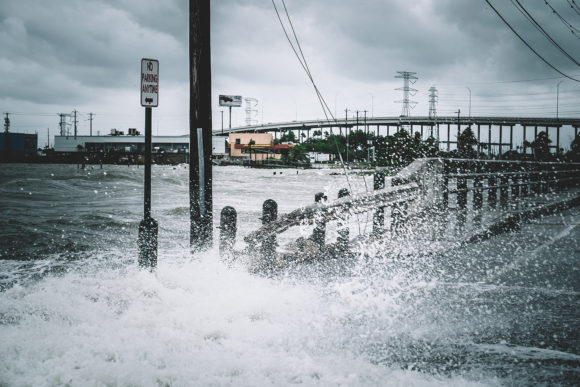 The revised estimates published Tuesday in Ocean Science impact the two-fifths of the Earth’s population who live near coastlines. Insured property worth trillions of dollars could face even greater danger from floods, superstorms and tidal surges. The research suggests that countries will have to rein in their greenhouse gas emissions even more than expected to keep sea levels in check.

“It means our carbon budget is even more depleted,” said Aslak Grinsted, a geophysicist at the University of Copenhagen who co-authored the research. Economies need to slash an additional 200 billion metric tons of carbon — equivalent to about five years of global emissions — to remain within the thresholds set by previous forecasts, he said.

The researchers built on the United Nation’s Intergovernmental Panel on Climate Change’s models, many of which only consider the last 150 years, by incorporating data going back several centuries. The new observations show about a half-meter of sea rise by the end of the century can now be expected with just a 0.5 degree Celsius rise in temperatures. Oceans could rise more than 1 meter at 2 degrees Celsius, a trajectory that will be easily passed under current climate policies.

“The models we are basing our predictions of sea-level rise on presently are not sensitive enough,” Grinsted said. “To put it plainly, they don’t hit the mark when we compare them to the rate of sea-level rise we see when comparing future scenarios with observations going back in time.”

“The scenarios we see before us now regarding sea-level rise are too conservative – the sea looks, using our method, to rise more than what is believed using the present method,” Grinsted said, adding that his team at the Niels Bohr Institute is in touch with the IPCC about incorporating its results in next year’s sixth Assessment Report.

Recent assessments from the Intergovernmental Panel on Climate Change (IPCC) imply that global mean sea level is unlikely to rise more than about 1.1 m within this century but will increase further beyond 2100. Even within the most intensive future anthropogenic greenhouse gas emission scenarios, higher levels are assessed to be unlikely. However, some studies conclude that considerably greater sea level rise could be realized, and a number of experts assign a substantially higher likelihood of such a future. To understand this discrepancy, it would be useful to have scenario-independent metrics that can be compared between different approaches. The concept of a transient climate sensitivity has proven to be useful to compare the global mean temperature response of climate models to specific radiative forcing scenarios. Here, we introduce a similar metric for sea level response. By analyzing the mean rate of change in sea level (not sea level itself), we identify a nearly linear relationship with global mean surface temperature (and therefore accumulated carbon dioxide emissions) both in model projections and in observations on a century scale. This motivates us to define the “transient sea level sensitivity” as the increase in the sea level rate associated with a given warming in units of meters per century per kelvin. We find that future projections estimated on climate model responses fall below extrapolation based on recent observational records. This comparison suggests that the likely upper level of sea level projections in recent IPCC reports would be too low.