International
In the map, Antarctica and Australia are more accurately represented than in most other maps, and distances across oceans or across poles are both accurate and easy to measure. Credit: J. Richard Gott, Robert Vanderbei and David Goldberg 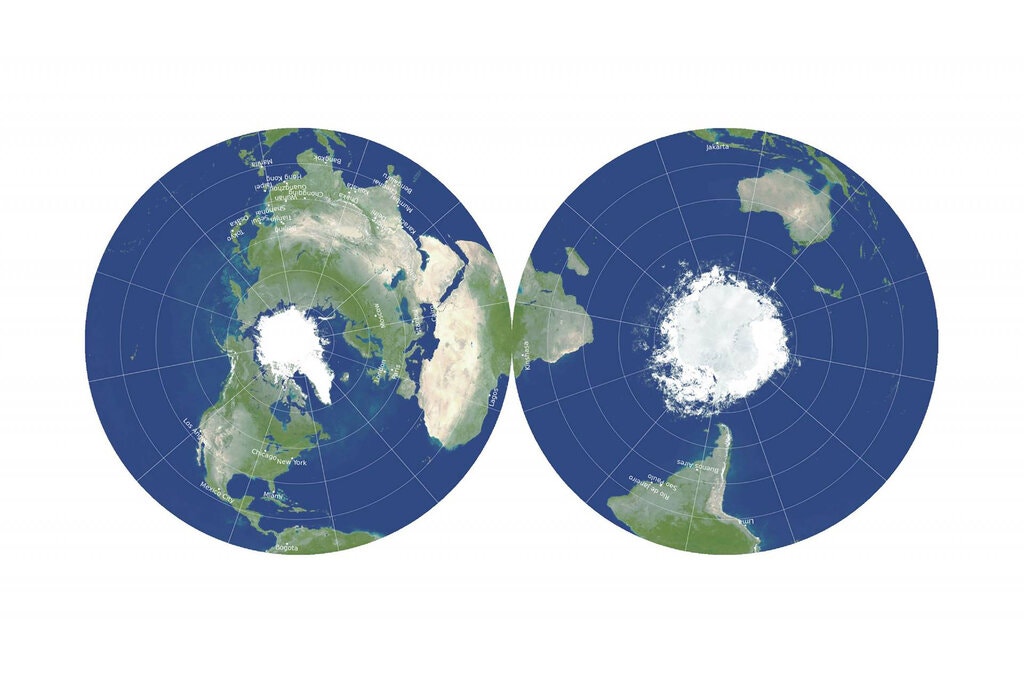 World - Can This New Map Fix Our Distorted Views of the World?

Most of the world maps you’ve seen in your life are past their prime. The Mercator was devised by a Flemish cartographer in 1569. The Winkel Tripel, the map style favored by National Geographic, dates to 1921. And the Dymaxion map, hyped by the architect Buckminster Fuller, debuted in a 1943 issue of Life.

Enter a brash new world map vying for global domination. Like sports, the mapmaking game can sometimes grow stale when top competitors are stuck on the same old strategy, said J. Richard Gott, an astrophysicist at Princeton who had previously mapped the entire universe. But then along comes an innovator: Think Stephen Curry of the Golden State Warriors, splashing 3-pointers from areas of the court the rest of basketball hadn’t thought were worth guarding.

“We were sort of reaching the limit of what you could do,” Dr. Gott said. “If you wanted any significant breakthrough, you had to use a new idea.”

Dr. Gott’s version of Steph Curry’s wait-you-could-shoot-from-there 3? Use the back of the page, too. Make the world map a double-sided circle, like a vinyl record. You could put the Northern Hemisphere on the top side, and the Southern Hemisphere on the bottom, or vice versa. Or to put it differently: You could deflate the 3-D Earth into two dimensions. And if you did, you could blow the accuracy of previous maps out of the water.