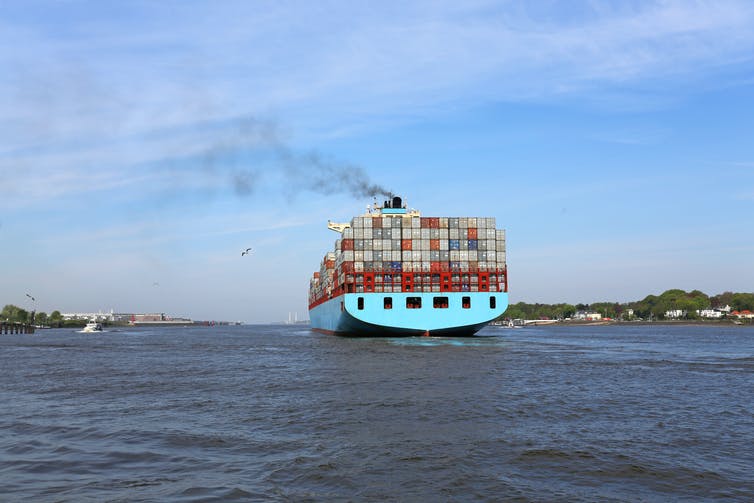 World - Blue economy: how a handful of companies reap most of the benefits in multi-billion ocean industries

In a recent study, we discovered that a relatively small number of companies, headquartered in a few countries, generate most of the revenues from using the ocean.

The volume of goods transported by container shipping each year has quadrupled since 2000, and almost one million kilometres of submarine cables have been laid on the seafloor in that time, which now carry almost all international telecommunications. The energy generated by offshore wind farms has increased 400-fold in the past two decades, and the volume of farmed seafood has grown by 5% on average each year.

During the same time period, most major discoveries of oil and gas deposits have been made offshore and around 1.4 million square kilometres of the seabed has been leased for exploratory mining. There was practically no marine biotechnology sector at the turn of the millennium, but since then, more than 13,000 marine genetic sequences have been patented.

We call this rapid expansion of ocean-based industries since 2000 “the blue acceleration”. As the industrialisation of the ocean continues apace, it risks transforming marine ecosystems, and consuming the shared spaces of one of the world’s largest and oldest employers – small-scale fisheries.

To make these industries sustainable, we need to know more about the businesses which comprise them. So who’s driving this breakneck growth in the ocean economy? In a recent study, we discovered that a relatively small number of companies, headquartered in a few countries, generate most of the revenues from using the ocean. In 2018, the 100 largest companies took an estimated 60% of all revenues in eight industries: offshore oil and gas, container shipping companies carrying many of the goods we buy, companies producing and processing seafood, offshore wind energy producers, cruise tourism operators, and a number of industries that support the wider ocean economy, including marine parts and equipment makers, shipbuilders and repairers, and port maintenance businesses.