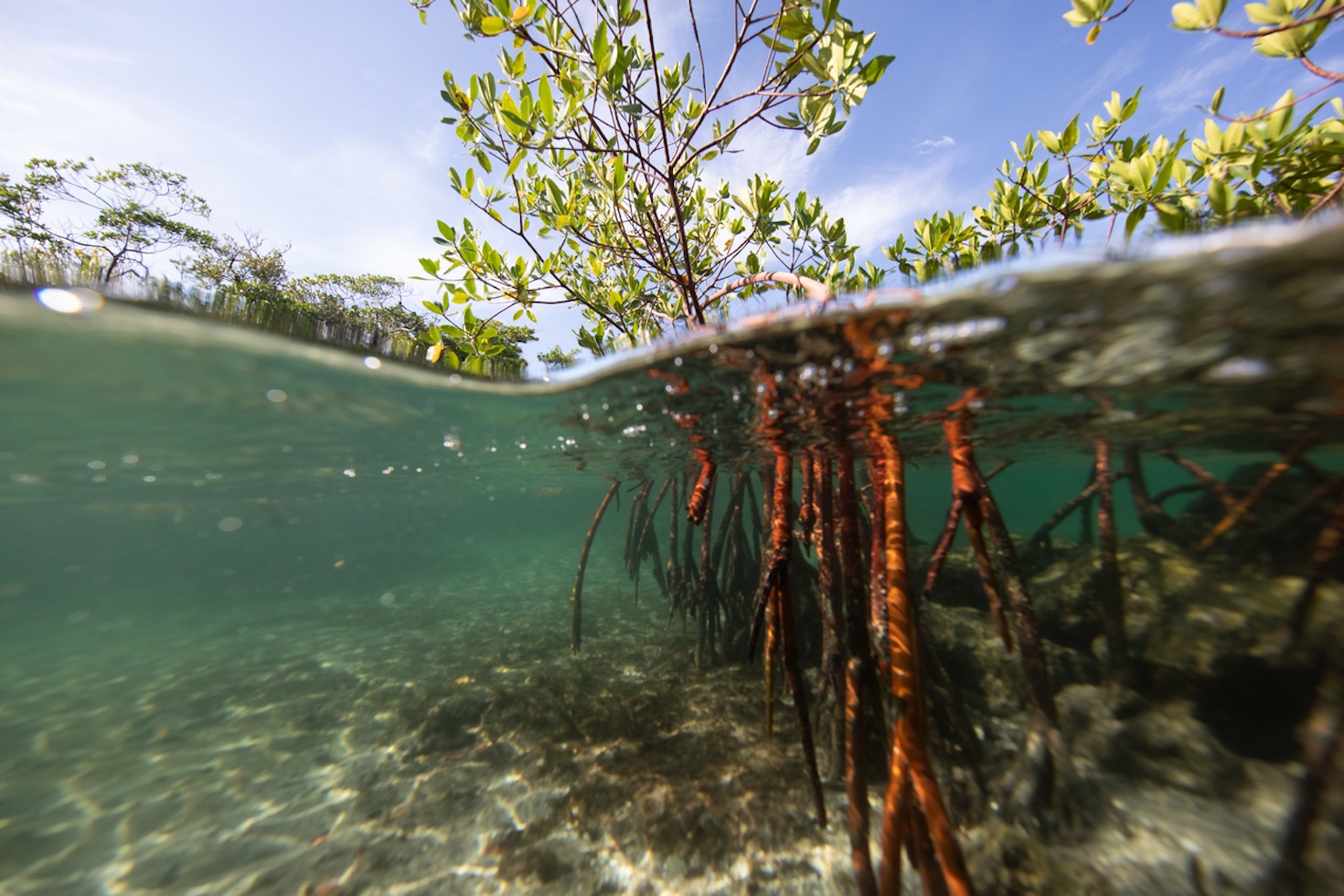 The new report demonstrates that the urgency to reduce greenhouse gas emissions is higher than ever. With the climate crisis constantly making headlines, it is of the utmost importance to seize every opportunity, including nature-based solutions, to mitigate emissions and strengthen the resilience of communities.

The projections of global warming make it clear that it is crucial for countries to commit to 30x30, a plan to protect 30 percent of the world’s ocean and 30 percent of global land and inland waters. Protecting and conserving the oceans and land can help address the rapidly increasing amount of atmospheric carbon, sustain critical biodiversity and strengthen the resilience of communities. Nature-based solutions also present the opportunity for carbon sequestration, allowing for the removal and storage of carbon from the atmosphere. For instance, protecting and restoring blue carbon ecosystems offers a means of carbon sequestration.

What are blue carbon ecosystems?

Defined as rich coastal ecosystems, blue carbon ecosystems, such as tidal marshes and mangroves, are useful for storing carbon dioxide and can aid in reducing the effects of climate change. Based on current assessments, the carbon sequestration capacity of these ecosystems appears promising. These natural areas can also provide numerous ecosystem services, such as areas for fish spawning and nursing. Initiatives such as the Blue Carbon Initiative develop projects to conserve and restore existing blue carbon ecosystems.

As one coastal ecosystem that support blue carbon, mangroves forests serve as important carbon sinks, because they have the ability to store at least three times as much carbon as terrestrial tropical forests. Apart from this, they also offer resilience to climate change impacts because the trees and roots provide shoreline protection from extreme weather and erosion. Sediment trapping in the roots also shields soil from erosion, which is likely due to friction preventing tidal flow. In a study with simulated models of mangroves in Bangladesh, the Keora mangroves, one of the tallest mangrove species in the Sundarbans Reserve Forest, drastically reduced local seawater rise, with estimates ranging from 1.6 to 6.5 inches.