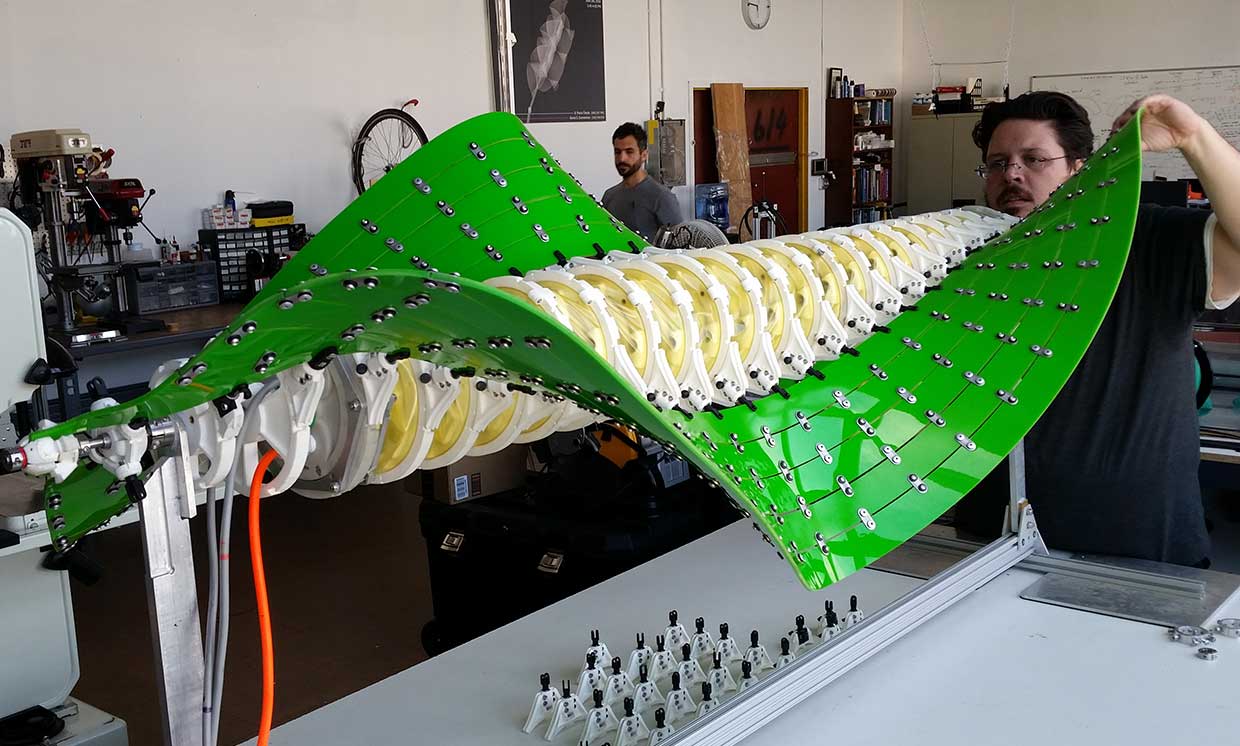 World - Autonomous Robots Could Mine the Deep Seafloor

A battle is brewing over the fate of the deep ocean. Huge swaths of seafloor are rich in metals—nickel, copper, cobalt, zinc—that are key to making electric vehicle batteries, solar panels, and smartphones. Mining companies have proposed scraping and vacuuming the dark expanse to provide supplies for metal-intensive technologies. Marine scientists and environmentalists oppose such plans, warning of huge and potentially permanent damage to fragile ecosystems.

Pietro Filardo is among the technology developers who are working to find common ground.

His company, Pliant Energy Systems, has built what looks like a black mechanical stingray. Its soft, rippling fins use hyperbolic geometry to move in a traveling wave pattern, propelling the skateboard-sized device through water. From an airy waterfront lab in Brooklyn, New York, Filardo’s team is developing tools and algorithms to transform the robot into an autonomous device equipped with grippers. Their goal is to pluck polymetallic nodules—potato-sized deposits of precious ores—off the seafloor without disrupting precious habitats.

“On the one hand, we need these metals to electrify and decarbonize. On the other hand, people worry we’re going to destroy deep ocean ecosystems that we know very little about,” Filardo said. He described deep sea mining as the “killer app” for Pliant’s robot—a potentially lucrative use for the startup’s minimally invasive design.

How deep seas will be mined, and where, is ultimately up to the International Seabed Authority (ISA), a group of 168 member countries. In October, the intergovernmental body is expected to adopt a sweeping set of technical and environmental standards, known as the Mining Code, that could pave the way for private companies to access large tracts of seafloor.

The ISA has already awarded 30 exploratory permits to contractors in sections of the Atlantic, Pacific, and Indian Oceans. Over half the permits are for prospecting polymetallic nodules, primarily in the Clarion-Clipperton Zone, a hotspot south of Hawaii and west of Mexico.

Researchers have tested nodule mining technology since the 1970s, mainly in national waters. Existing approaches include sweeping the seafloor with hydraulic suction dredges to pump up sediment, filter out minerals, and dump the resulting slurry in the ocean or tailing ponds. In India, the National Institute of Ocean Technology is building a tracked “crawler” vehicle with a large scoop to collect, crush, and pump nodules up to a mother ship.