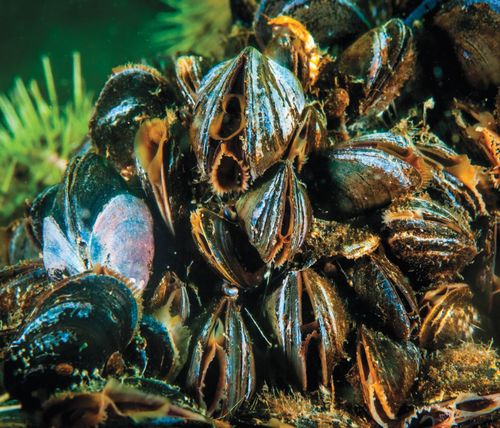 Why, as the oceans warm, are seafloor animals moving to even hotter waters?

Some species can save themselves from climate change simply by moving. Although organisms that are adapted to Earth’s coldest climates may be left with nowhere to go in a warming world, those from temperate and tropical zones might find new homes in cooler regions: uphill for land species, in deeper water for aquatic ones, and toward the poles for both. Even if individual organisms, such as plants, can’t migrate under their own power, their population as a whole can still shift, as offspring dispersed in cooler directions are more likely to survive.

But just because cooler homes exist doesn’t mean species can or do reach them. Habitat destruction might obstruct their paths (see Physics Today, September 2019, page 16). Or warming might be too rapid for a species to keep pace. Now Rutgers University’s Heidi Fuchs and colleagues have identified yet another mechanism that not only blocks species from reaching cooler habitats but actually pushes them into warmer ones.1

The Rutgers study concerned several dozen species of bottom-dwelling marine invertebrates—including the blue mussels shown in figure 1 and the starfish shown on the cover of this issue—that inhabit the continental shelf off the east coast of North America. Like plants, the seafloor species are mobile primarily between generations. Their adults are mostly or entirely sessile. The newborn larvae can swim, but not well, so they drift at the mercy of the current for a few weeks before settling into their permanent homes.