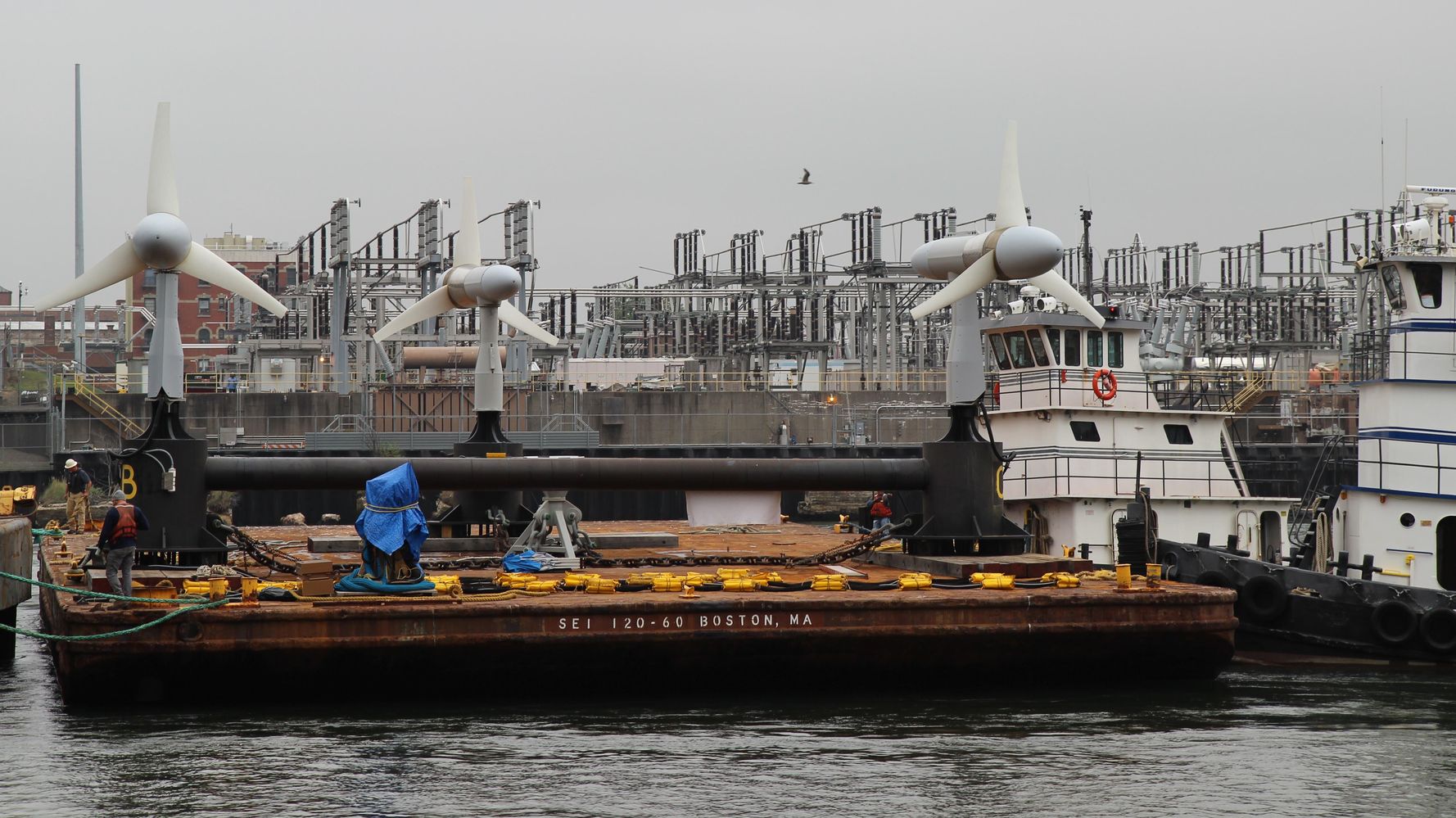 World - Are Tides and Waves the Missing Piece of the Green Energy Puzzle?

Solar and wind are energy powerhouses until the sky is dark or the air is still. An ancient source of energy — the tides — could soon offer a predictable alternative.

NEW YORK ― On a foggy October afternoon, a strange vessel chugged slowly through the East River’s mist toward Roosevelt Island.

It looked almost like it was upside down: three 16-foot rotors, attached on a triangular metal base, sat motionless atop the deck of the rusted barge. They resembled propellers, but weren’t there to give the boat thrust. Instead, they’d be sent overboard, craned gingerly into the depths of the tidal flat that stretches from just east of Manhattan to the western shore of Queens. All you can see from the surface is a set of six bobbing white buoys, but about 30 feet down the turbines are harvesting the kinetic energy of tides to produce electricity.

Verdant Energy’s East River project will generate just enough electricity to power 500 homes in the nation’s largest city, but it marks one of the first serious attempts in the United States to jump-start what could be a multibillion-dollar industry of tidal energy. More than a dozen states, including New York, have passed laws mandating zero-carbon electricity as a way to slow global warming. In a dense metropolis like New York City, there’s little space to glaze entire fields with solar panels or erect towering forests of wind turbines. And with the city’s last nuclear power plant set to close next year, it’s unclear how it will meet that goal with a meager mishmash of rooftop panels, battery storage and as-yet-unbuilt offshore wind turbines.

That problem isn’t unique to New York, and it’s propelling a new wave of interest in an age-old concept of tidal energy. The National Renewable Energy Laboratory estimates that shifting tides and crashing waves could produce one-third of the United States’ electricity needs and roughly 10% of the European Union’s.