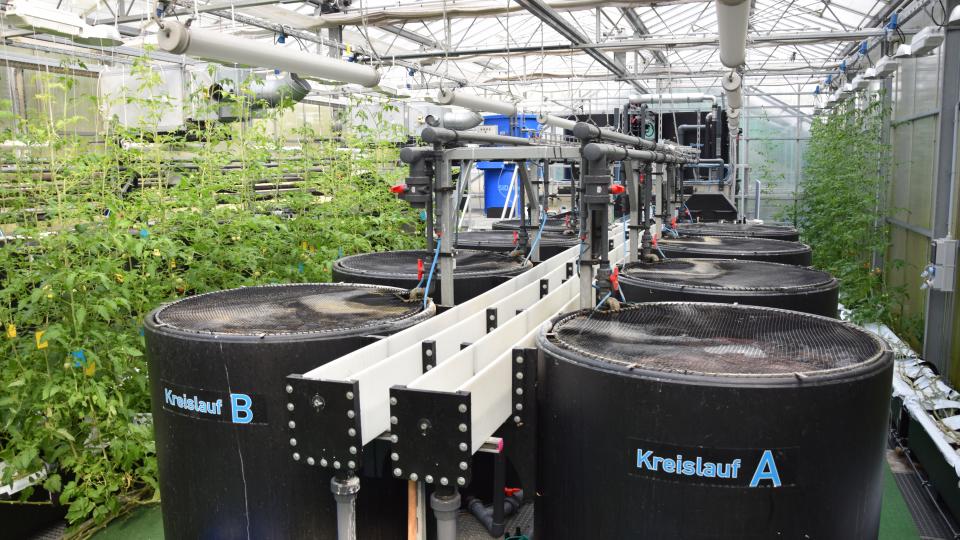 Large-scale aquaphonics are seen as a way to ensure food safety in future.

Aquaponics is regarded as a future technology in the field of nutrition. It enables the breeding of fish and the cultivation of crops in the controlled environment of a greenhouse. This can promise food security at a time when climate change is threatening crop yields. Extreme weather conditions lead to crop failures in soil. As for water, predators and rising temperatures threaten fish populations.

However, in order to introduce aquaponics into the food market, it would require facilities as large as a hectare – as well as even more automation says Professor Werner Kloas from the Department of Ecophysiology and Aquaculture at the IGB Leibniz Institute of Freshwater Ecology and Inland Fisheries in Berlin. He and his team recently demonstrated the feasibility of aquaponics with a large-scale model – on an area of 500 square meters. This was part of the INAPRO project, in which plants were modeled, built, and evaluated in Germany, Spain, Belgium, and China.

Aquaponics is suitable for urban food production within an area of a few hundred square meters. This eliminates the CO2 emissions that transport would cause.