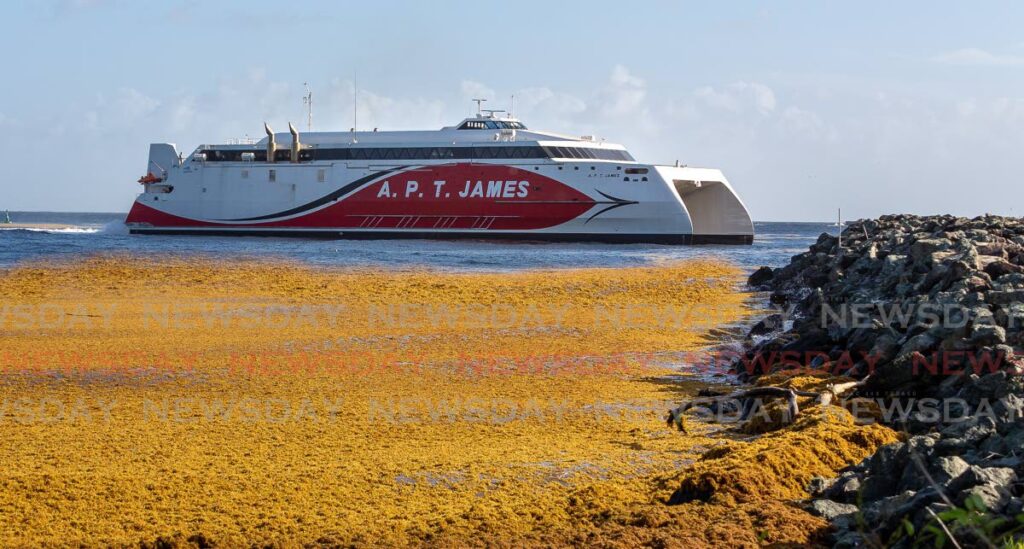 DAVID REIDSince 2011 and persisting to today, sargassum has been washing up on beaches and coasts of the Caribbean and South and Central America as regular summer events. The highest amounts to date were 27 million tonnes (estimated) of sargassum washed up in 2018; with 20 million tonnes in 2019.

While the two species of sargassum (S natans and S fluitans) that wash up on our shores naturally occur and grow in oceanic gyres (in the mid-Atlantic), the excessive amount of algal blooms transported is new. Scientists are now certain that these blooms are the result of increased nutrient outflow from the Amazonian basin, mixed with the mineral-rich Sahara dust loaded with iron, nitrogen and phosphorus from West Africa. Here’s a perfect environment for blooming algae catalysed by warming ocean conditions. Currents push the seaweed north to the Caribbean and the Gulf of Mexico and even as far as the North Atlantic. Drifting sargassum at sea provides habitat and refuge for larvae and juvenile marine organisms – fish, turtles, mammals, and birds, supplying food and serving as spawning grounds.

But the arrival of sargassum to coastal and near shore environments disrupts those marine habitats and harm marine life. The shoaling waves of sargassum drapes through the water column eventually hitting the bottom, entrapping and entangling organisms as they move towards the shore. Once it settles on the beaches or gathers on coral reefs, seagrass beds or in mangroves, the decaying sargassum causes hypoxia (oxygen depletion) in the water column, blocks sunlight needed for photosynthesis, and releases noxious gases such as hydrogen sulphide. Coastal communities suffer impacts on their health, and livelihoods. Sargassum reduces the aesthetics of the beaches, and clean ups are expensive. Further consequences of the heavy machinery used to gather the sargassum include the compaction of sand, which is detrimental on turtle nesting beaches. In near shore environments, the sargassum can cause fish kills and smother nursery grounds. Ocean vessels are affected by the clogging of engines and pumps and reducing the ability to navigate.