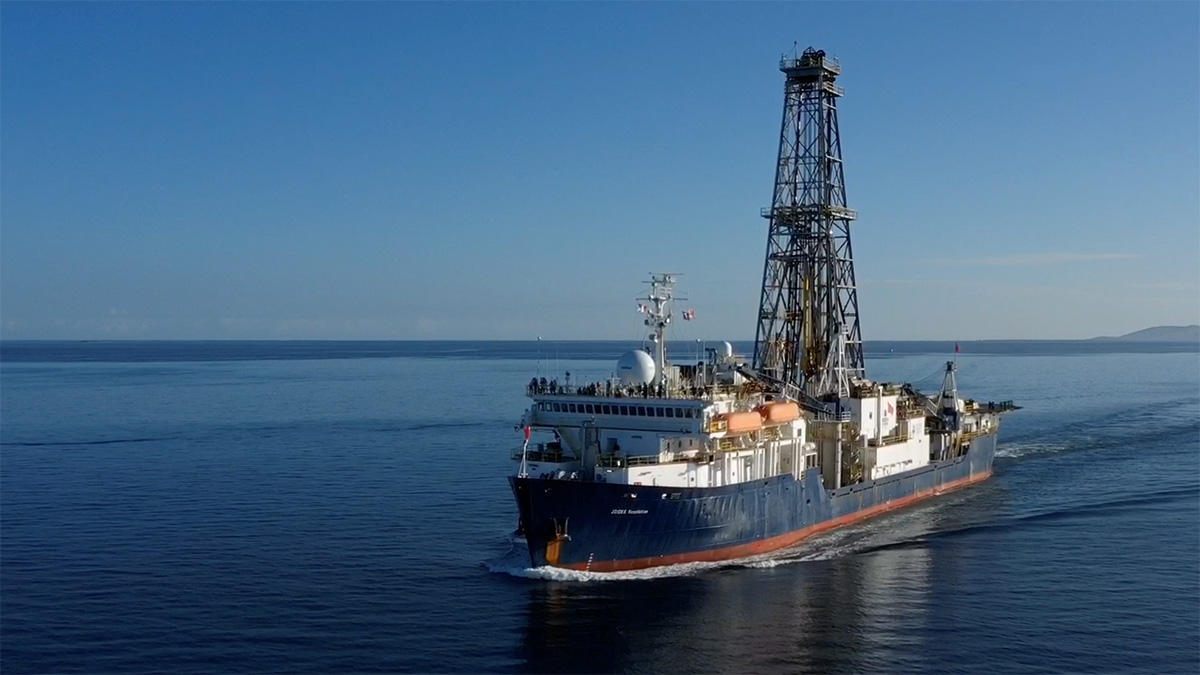 World - An Ambitious Vision for the Future of Scientific Ocean Drilling

Scientific ocean drilling is an enduring paragon of global research, advancing knowledge of Earth and informing scientists and educators for 55 years. A new road map plots the way to further discovery.

The summer of 1966 was a watershed time in the geosciences. On 24 June that year, as the formative ideas and observations of plate tectonic theory were continuing to gel in so many discussions and publications, the National Science Foundation (NSF) and the regents of the University of California signed the momentous contract establishing the first phase of the Deep Sea Drilling Project (DSDP).

The purpose of DSDP was scientific exploration through the collection of seafloor core samples from around the world. These cores would help researchers study seafloor compositions and ages, explore for natural resources, and otherwise inform a variety of questions about Earth’s deep-ocean environs. Just over 2 years later, in July 1968, a team of distinguished scientists sailed from Orange, Texas, aboard D/V Glomar Challenger, bound for sample sites in the Gulf of Mexico and the western Atlantic Ocean. This was DSDP Leg 1. Soon after, DSDP Leg 3 retrieved samples that provided definitive proof that new seafloor is created at rift zones, further supporting the theory of plate tectonics.

More than 275 expeditions have been completed through the Deep Sea Drilling Project and its successors, yielding staggering returns that have enabled pure discovery and revealed foundational knowledge about the entire Earth system.

Over 55 years later, more than 275 expeditions have been completed through DSDP and its successors—the Ocean Drilling Program, the Integrated Ocean Drilling Program, and the International Ocean Discovery Program (IODP). These explorations have yielded staggering returns, enabling pure discovery and revealing foundational knowledge about the geosphere, the biosphere, and the entire Earth system. The ocean drilling programs have also yielded economic returns—for example, through the discovery of salt domes linked to oil and gas resources—as well as expanded knowledge of the deep biosphere, led to technological advances in piston coring, and provided countless opportunities for training and education in science and engineering for the next generation of explorers.

These gains not only have validated the visionary and long-term investments in the programs but also have been vital to our understanding of planetary health and sustainability. For example, continued advances in drilling, analysis, and recovery of cores have increased the temporal and spatial resolution of paleoclimate and paleoceanographic records needed to improve global climate forecasts.

Expanding support for scientific ocean drilling is integral to ensuring the long-term health of science, technology, engineering, and mathematics (STEM) research in our country. It is also integral to strengthening the role of STEM in building a more sustainable and inclusive future on Earth and perhaps even in gaining insights into the geology, form, and function of other worlds.

A Framework for the Future

In 2018 and 2019, an international community of Earth scientists came together to produce a visionary planning effort for scientific ocean drilling. This effort underscored the vast potential for scientific and societal return on investment of expanded support for such drilling and resulted in IODP’s 2050 Science Framework, titled “Exploring Earth by Scientific Ocean Drilling.”