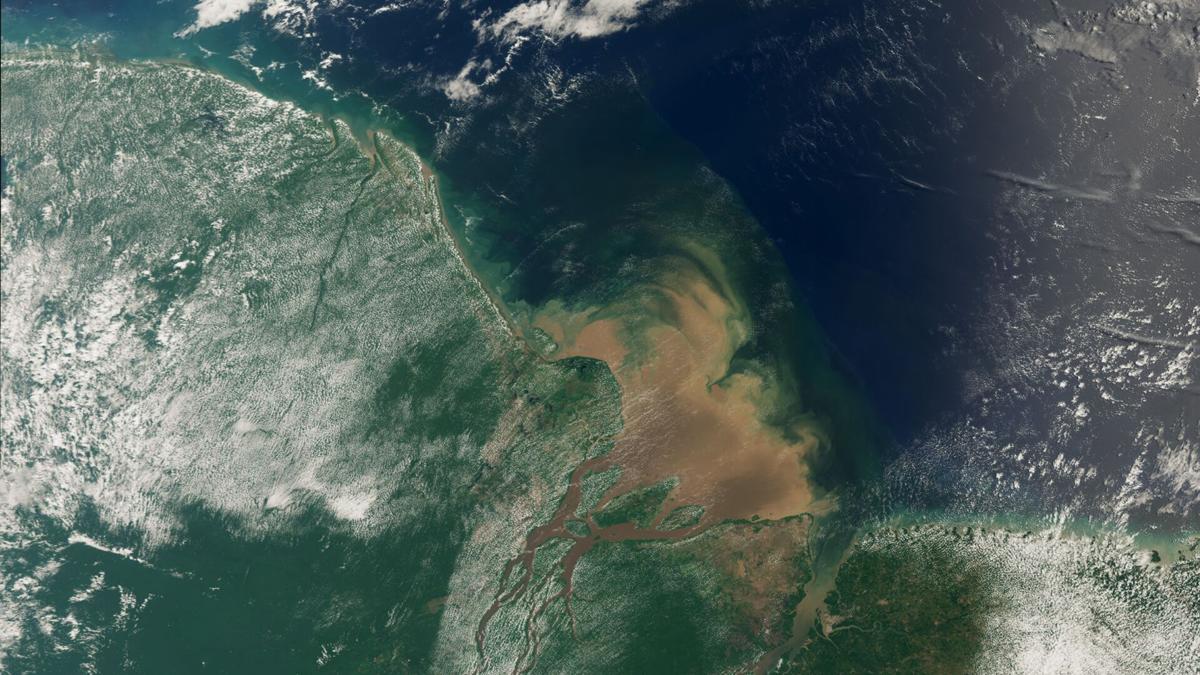 A familiar sight to Atlantic sailors for centuries, floating banks of sargassum algae have expanded over the past decade in the Caribbean Sea, swamping touristed beaches with foul-smelling mats of decaying plant matter. Scientists now think a major cause of this swelling “brown tide” is sediments from forest destruction, illegal mining operations and agricultural pollution carried out to sea by large South American rivers, particularly the Amazon, and swept north and west by ocean currents.

When Christopher Columbus made his four Atlantic Ocean crossings between 1492 and 1502, he not only confirmed the position of North and South America for the Spanish crown but also registered the first report of an immense mass of macro-algae known as sargassum floating east of what is now United States and north of Cuba. Since then, the Sargasso Sea has been a feature of the nautical charts used by those who venture into these tropical waters.

But since the start of the last decade, sargassum, which clumps together to form large buoyant mats of plant life, has hugely proliferated to the south of the location observed by Columbus. By mid-2018, they had formed a 5,600-mile living bridge between the Caribbean Sea and the African coast, swamping coastlines and beaches with noxious vegetation that turns off tourists, stains the legendarily blue Caribbean waters a sickly brown-yellow color and greatly alters coastal ecosystems.

The latest investigations have identified the principal culprit in the growth of sargassum as the discharge of nutrients and pollutants from mighty rivers such as the Amazon in Brazil and the Orinoco in Venezuela, as prevailing ocean currents, altered by climate change, sweep the effluent north to the Caribbean.

The Amazon River disgorges an average of 209,000 cubic meters of water into the ocean very second, more than the combined outflow from the world’s next seven largest rivers. Although there is little data available on the nutrient loads leaving the mouth of the Amazon, it is thought to be growing rapidly.