International
Increase in cumulative established alien species richness across six taxonomic groups in four regions of the world. Time series are based on the year of first record of those alien species that later became established in the given region (based on Seebens et al ., 2017). 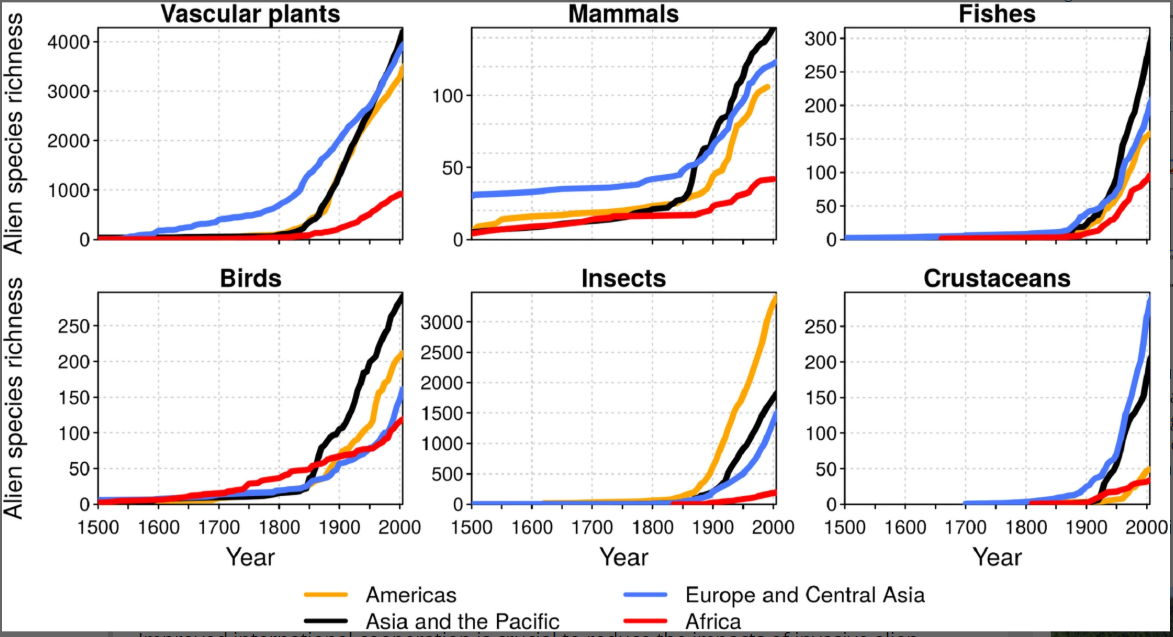 Invasive alien species are hitching rides on rafts of plastic waste strewn across oceans, slipping into the Arctic and Antarctica as the climate warms and spreading into new territories through the online pet trade.

“Invasions are pervasive - thousands of alien species have arrived and more are arriving almost everywhere - and require much bolder actions,” warned a team of international researchers in a new global overview of environmental change from invasive alien species, yesterday.

Invasive alien species refer to plants, animals and microbes introduced by people, accidentally or intentionally, to areas they don’t naturally occur. Many thrive, spread widely and have harmful effects on the environment, economy, or human health.

But while they have emerged as one of the top five threats to biodiversity and ecosystems globally, only a handful of countries, including Australia and New Zealand, view biosecurity measures as a priority.

The paper, Scientists’ Warning on Invasive Alien Species, which was published in the journal, Biological Reviews, forms part of the World Scientists’ Warning to Humanity: a Second Notice Initiative calling for an urgent change in humanity’s approach to the stewardship of the earth and life on it.

The scientists describe how the number of national lists of harmful alien organisms has risen “exponentially” in the past 50 years, with more than 18000 species listed. Other drivers of global change, such as climate change, land-use change, coupled with international trade, are worsening the impacts of biological invasions.