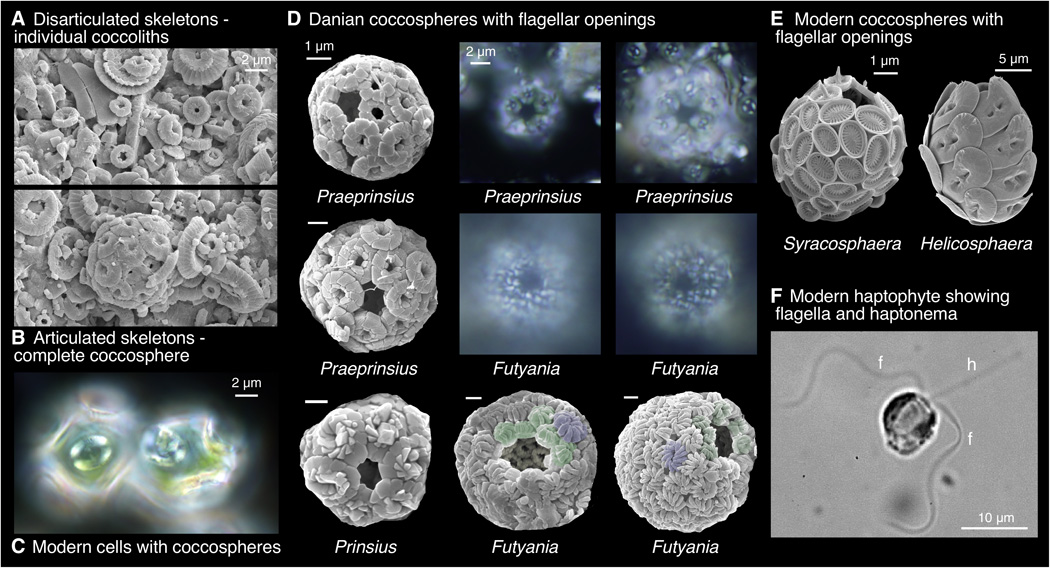 Abstract The end-Cretaceous bolide impact triggered the devastation of marine ecosystems. However, the specific kill mechanism(s) are still debated, and how primary production subsequently recovered remains elusive. We used marine plankton microfossils and eco-evolutionary modeling to determine strategies for survival and recovery, finding that widespread phagotrophy (prey ingestion) was fundamental to plankton surviving the impact and also for the subsequent reestablishment of primary production. Ecological selectivity points to extreme post-impact light inhibition as the principal kill mechanism, with the marine food chain temporarily reset to a bacteria-dominated state. Subsequently, in a sunlit ocean inhabited by only rare survivor grazers but abundant small prey, it was mixotrophic nutrition (autotrophy and heterotrophy) and increasing cell sizes that enabled the eventual reestablishment of marine food webs some 2 million years later.

The asteroid impact at the Cretaceous-Paleogene (K/Pg) boundary 66 million years (Ma) ago triggered a cascading mass extinction through the entirety of the global food web that occurred in a geological instant (days to years) (1–3). From giant marine reptiles to sharks and ammonites, down to microscopic plankton, most marine vertebrates and invertebrates were eliminated, leaving an ocean bereft of diversity and biomass (1, 4). The precise kill mechanism(s) associated with the impact are still debated, but an array of environmental changes would have accompanied the release of impact-related debris, aerosols, and/or soot, with models predicting varying degrees of darkness, cooling, and acidification over days and years (5–7). One of the key open ocean primary producers of the Cretaceous was the coccolithophores: An extant group of haptophyte algae characterized by calcareous cell-wall coverings (coccospheres) and a unique flagellum-like organelle called a haptonema. Coccolithophores were almost entirely eradicated (>90% species extinction) at the K/Pg boundary (8, 9). Their diversity loss and post-boundary near-absence in deep-sea sediments, together with geochemical evidence for shutdown of organic carbon export to the seafloor (the biological pump), are all indicators of the devastating disruption of primary production (4, 9–11) and the consequential cascading extinctions that removed higher trophic levels (4, 10, 11). Precisely when primary production recovered and at what strength is currently uncertain, but the survival of some deep-sea benthos and limited biomarker evidence suggest that at least partial recovery occurred quickly (years to tens of years), with ubiquitous, prokaryotic cyanobacteria likely being the main primary producers as light levels improved (4, 12–14).

The return of eukaryotic plankton would have been critical in facilitating the reestablishment of complex food chains from the bottom-up and for restoring the biological pump (9)—Several coastal eukaryotic plankton groups, especially dinoflagellates and diatoms, may have suffered less catastrophic extinction than the open ocean plankton (15, 16), and this is ascribed to greater trophic flexibility and their ability to form resting cysts with long dormancy potential (e.g., 100 years or more) [see (17)]. However, neither of these plankton groups was abundant in the Late Cretaceous open ocean nor proliferated away from the shelves in the aftermath of the mass extinction. Instead, we see recolonization and rapid rise to dominance of the coccolithophores once more, raising the question: How did a nominally obligate-phototrophic plankton group not only survive the post-impact darkness but also rapidly reestablish their dominance across the largest ecosystem on Earth? Here, we use exquisitely preserved plankton microfossil records in conjunction with a new eco-evolutionary model to elucidate the ecological strategies that characterize the survivors of the K/Pg event and the successful groups that rapidly repopulated the oceans. Our fossil evidence allows us to identify an innovative ecological strategy in the post-extinction plankton communities, and our model outputs provide a theoretical explanation for this unique natural experiment in ocean ecosystem reconstruction.

The fossil record of calcareous nannoplankton (predominantly coccolithophores) reveals devastating losses of open ocean eukaryotic primary producers at the K/Pg, followed by rapid recolonization of the oceans by a succession of dominating species (so-called “acmes”; fig. S1), that included Cretaceous holdover “survivor” taxa and new “incoming,” descendant groups (Fig. 1) (8, 9, 18, 19). The dominant extant and, by analogy, fossil nannoplankton species are nonmotile, open ocean phytoplankton with photosynthesis their principal trophic mode. Coccolithophores have complex haplodiplontic life cycles with both haploid and diploid phases capable of independent asexual reproduction (20, 21). Diploid cells are predominantly (although not exclusively) nonmotile, and these forms with imperforate coccospheres represent most cells in pelagic coccolithophore communities. Calcified haploid cells are typically motile and comprise less than 1% of coccolithophore cells in the open ocean (21–23).