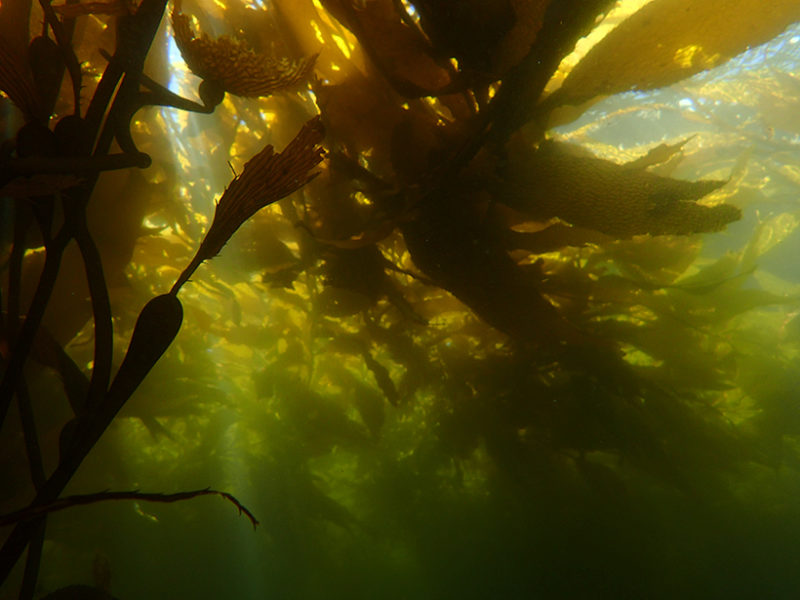 Forests of fast-growing kelp influence the chemistry of the water in which they live. A new study evaluates their potential to ameliorate ocean acidification in sensitive coastal ecosystems.

Carbon dioxide is well known as a greenhouse gas, but its effects on climate and environments aren’t limited to the atmosphere. As more carbon dioxide fills the air, more of the gas dissolves into seawater, making the ocean more acidic and threatening marine organisms. Giant kelp may offer a local solution. As kelp grows, it captures carbon from the water and produces oxygen, possibly removing enough carbon dioxide to relieve acidification.

Upwelling also delivers nutrients, so upwelling events spark surges in kelp and phytoplankton growth and productivity. If the kelp-driven carbon fixing spurred by the nutrient inflow outpaces the amount of carbon brought up from deep water, kelp could start consuming anthropogenic carbon in the water, locally alleviating acidification stress.