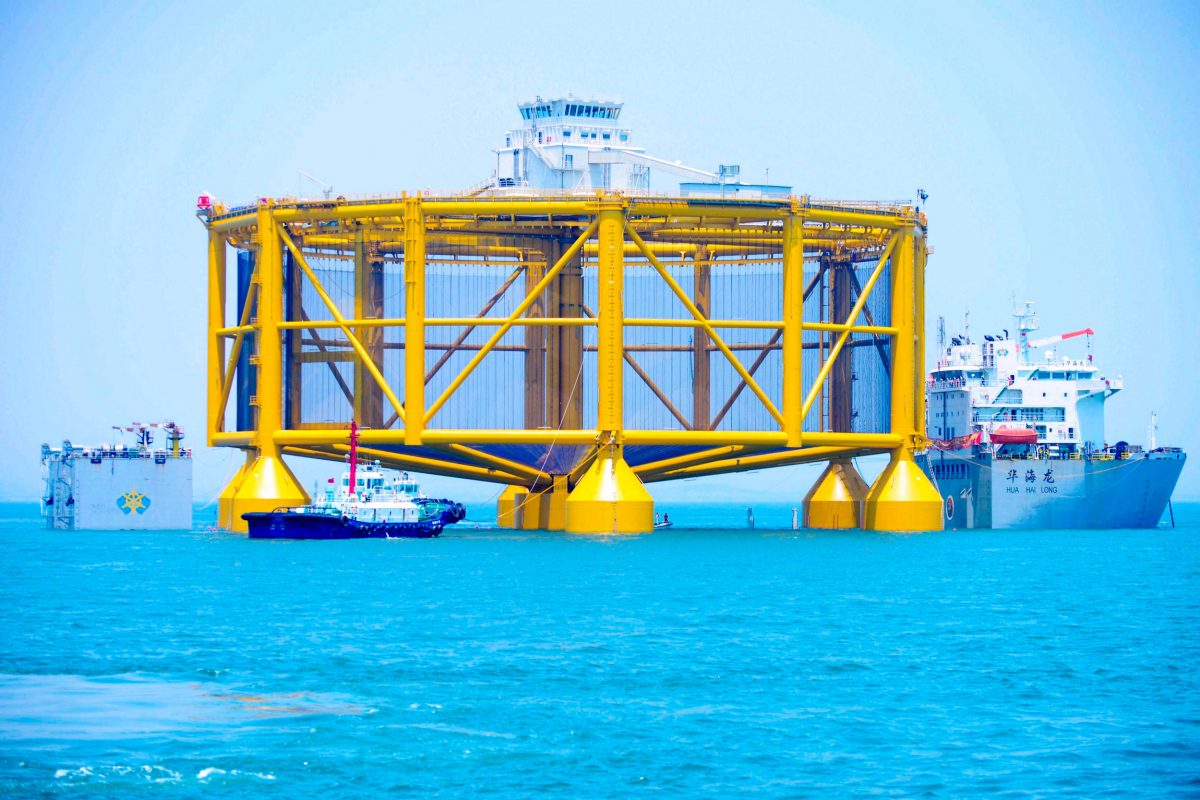 For over a century, aquaculturists have tinkered with every part of aquatic animals’ lives, from genetics to diet to where they grow best.

Humans have manipulated marine and freshwater habitats for millennia. Early Indigenous peoples around the world showed ingenuity and an acute awareness of how ecosystems worked as they found ways to encourage more bountiful harvests of all kinds of aquatic life. But we’ve taken a sharp turn away from the simple elegance of a clam garden or a fish trap and veered toward industrial mechanisms for domesticating aquatic species.

Farming fish and shellfish dates to ancient China, Egypt, and Rome, but the pace of innovation—especially when it comes to raising marine species—accelerated in the last century with modern technologies. Today, the Food and Agriculture Organization of the United Nations (FAO) says aquaculture is growing faster than other major food-production sectors.

Innovations come through many avenues—scientific research, novel materials (what a difference plastics made), and float and net technologies. Notably, the salmon farming industry has led many breakthroughs, evidence that when there’s money to be made by creating and marketing a high-end product, investments in technology tend to follow.

Here’s a brief overview of the research and technologies that have made today’s food revolution blue.

The 1883 International Fisheries Exhibition, which ran from May through October in London, England, featured all things related to fishing and fishermen, and also highlighted a growing interest in culturing species including salmon, trout, and oysters. The event was hugely popular—with 25,000 people passing through the turnstiles on one May day alone. While most visitors were likely happy to simply enjoy the aquariums, military bands, and fish dinners, those interested in learning about the weightier goals of the exhibition could peruse the almost 400-page official catalog. One section stated that the object of modern pisciculture was, in part, to restore already depopulated waters. The writer expressed hope that information collected and distributed through the exhibition would serve to “make an acre of water more valuable than an acre of land.” Exhibition prizes were available in a number of categories related to fish culture, such as the best description of fishpond construction and management. A Scottish landowner was among the attendees who presented research, explaining that pure water and rat-proof drains were necessities for success. Fish culture, he said, not only involved the artificial propagation of fish, but also producing their food and getting them to market, “just as much as the culture of corn is understood to mean not merely the sowing, but every step from the preparation of the seed bed to the marketing of the harvest.”

In Western countries, a growing concern that fish stocks were declining led to the establishment of marine laboratories and fish hatcheries. The Swedish government invited delegates from a handful of countries to attend a scientific conference dedicated to ocean research and how it related to the fishing industry.