International
An undated photo provided by Andy Mann shows Andrew Craig standing on the ROV Argus, a new addition to OceanXplorer’s fleet of robots and subs, in the submarine hangar of the OceanXplorer. After years of rebuilding, upgrading and outfitting, OceanXplorer, a former oil rig turned research vessel, is ready for its operational debut. Andy Mann / The New York Times 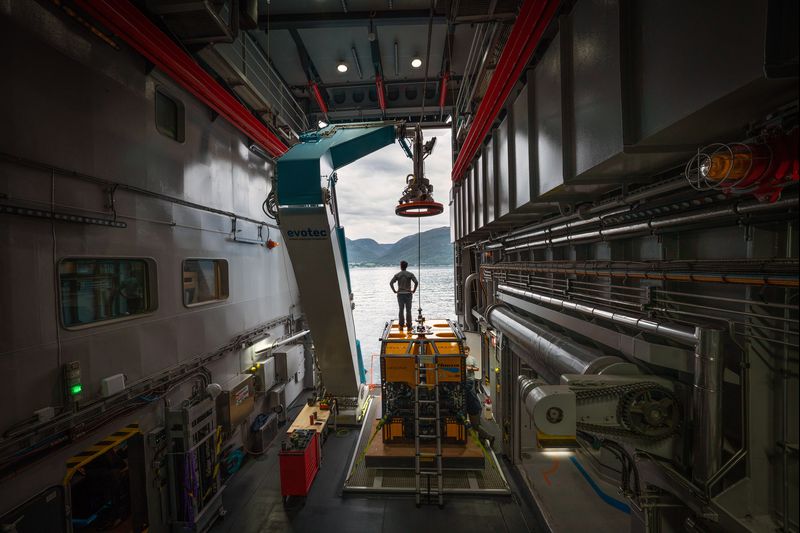 In 2014, when crude oil was selling for more than $100 a barrel, the cost of a new drill ship for oil exploration could run to $100 million.

So when the price of oil crashed, Ray Dalio, the founder of Bridgewater Associates, an investment firm in Westport, Connecticut, saw an opening. In 2016, he bought a lightly used oil ship at a very attractive price and transformed it into his dream — a vessel for big science, big technology and big storytelling. Dalio’s aim is to help Homo sapiens connect more intimately with the ocean, with what he calls “our world’s greatest asset.”

OceanXplorer is now making its operational debut, after years of rebuilding, upgrading and outfitting. So is Dalio, 71, as a new kind of entrepreneur. He sees his glistening, high-tech ship as a superstar not only of oceanic research but also of video production, nature television shows and livestreaming events that will open the abyss to an unusually wide audience.

“It’s going to change things,” in part by inspiring a new generation of ocean explorers, Dalio said. Schoolchildren in classrooms will be able to guide the ship’s undersea robot through the primal darkness, uncovering riots of life.

“This isn’t a dream,” Dalio said in a recent interview. “This is it.”

At 286 feet from bow to stern, OceanXplorer is nearly the length of a football field. Side-to-side thrusters can hold it steady in pounding waves. It can house 85 crew members and explorers. Its hangar can hold three miniature submarines for taking humans into the sunless depths. It has two undersea robots, one that runs on a tether and one smart enough to roam on its own. At the bow, an automated system watches for whales, scanning the chop to avoid collisions.

The vessel’s gear and agenda draw on a decade of experience that Dalio gained while traveling the globe with scientists on Alucia, his smaller research ship. Like the new one, it featured mini submarines with bubblelike hulls of clear plastic that give the divers stunning panoramic views.