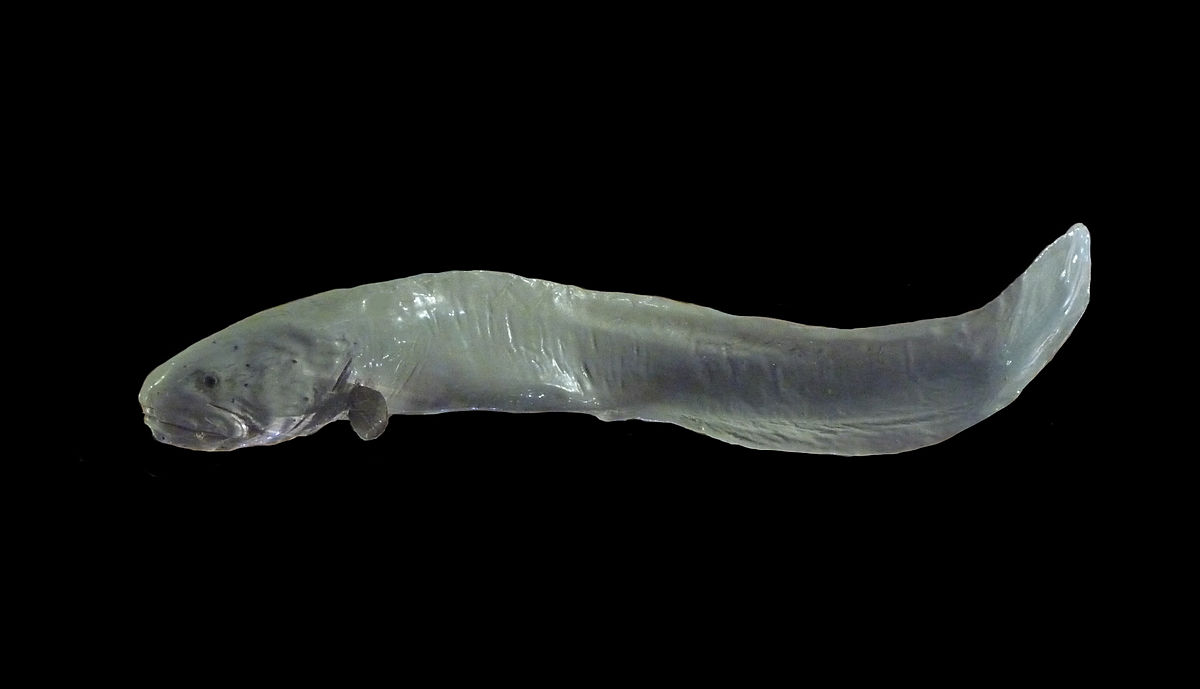 World - A Deep-Sea Parasite Ekes Out Life in Hydrothermal Vents

For a deep-sea parasitic worm, the epic journey to adulthood starts in a fish’s intestines.

In my personal opinion, the greatest coming-of-age story on Earth does not take place in a Dickens novel or a Disney movie, but rather in a white fish at the bottom of the Pacific Ocean.

The fish in question, called a zoarcid, looks like a creature caught in an identity crisis, too long to be a fish but too short to be an eel, its lips permanently drooping in a sullen pout. Otherwise, the fish has no real reason to be grumpy. It lives in one of the cushiest parts of the deep sea, in the shimmering waters near a hydrothermal vent that warms the freezing seas to the temperature of a kiddie pool. It enjoys a spectacular view, at the bottom of a glittering black canyon 559 miles off the coast of Acapulco, Mexico. The site, called Nine North, is part of the East Pacific Rise, an underwater mountain range that stretches from the Gulf of California across the southeastern Pacific Ocean.

Here, for the zoarcid, life is good. It spends its days lolling and lazing. It weaves through tangles of tube worms and munches on snails, limpets, and worms, blissfully unaware of the saga taking place inside its body, and, to be very specific, its gastrointestinal tract. For when the zoarcid poops, the bildungsroman begins.

Perhaps I should clarify that our intrepid young protagonist is not the zoarcid, but the eggs contained in its feces, eggs belonging to a parasitic worm called the trematode. In order for many species of trematodes to reach adulthood, the young worm must journey through the bodies of three other creatures, penetrating the first two and being eaten by the third, where it finally matures and reproduces sexually. It is a cinematic adolescence, full of trials (just how does one penetrate a mollusk?), tribulations (sustained attacks by its hosts’ immune systems), and a long-anticipated first encounter with sex (losing one’s virginity in the intestinal tract of a fish).