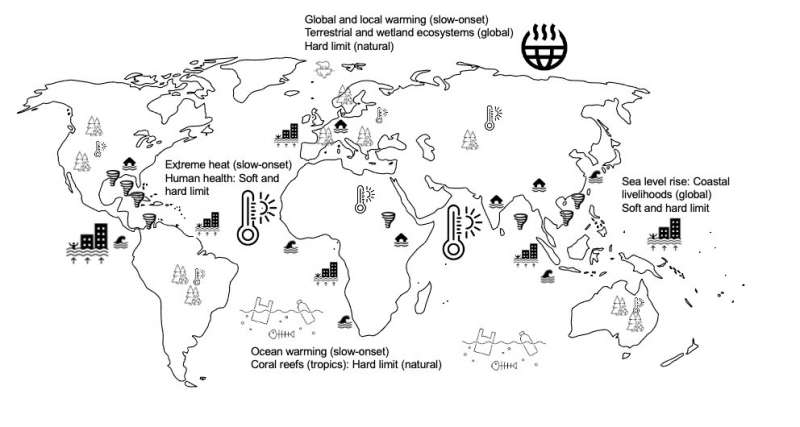 As the impacts of climate change become more severe and limits to adaptation draw near, vulnerable communities will need different kinds of finance to build resilience and transform how they protect themselves.

Work by IIASA researchers has culminated in a new policy brief, which lays out a finance framework for such climate risk and provides relevant model insight to inform international debates around adaptation and Loss and Damage.

As sea levels rise, flooding proliferates, heat becomes existential, and reefs succumb to heat and acidity, communities will be forced to transform how they address climate-related risk—some to the point of abandoning their homes. Predominantly, the impact will fall on less wealthy and vulnerable nations unable to afford an effective response on their own; but wherever disaster strikes the impact will be increasingly substantial—especially where limits to adaptation draw near.

This means we have to reconsider the way we address climate-related risk, and industrialized nations  ̶  who have been the key drivers of climate change for decades  ̶  have a moral obligation to support the needed transformations towards resilience and to help when disaster strikes. While steps have been taken to foster dialog in this regard, further action will be needed, especially around how such actions will be financed. In addition, the ambiguous language of the current discourse refers to "averting, minimizing, and addressing" losses and damages, even though averting and minimizing are also covered by mitigation, climate change adaptation, and risk management, leaving the need to address losses and damages where it cannot be prevented still to be addressed.

IIASA researchers have brought together ideas from various disciplines to suggest a comprehensive framework for Loss and Damage finance that embraces all three pillars of the Loss and Damage discourse, which has now been set out in publications and a new policy brief for the Glasgow climate summit (COP26).

The researchers built on risk analysis to distinguish between avoided, unavoided, and unavoidable risks to be managed as part of a portfolio approach. They related this to the various layers of risk resulting in a risk hierarchy for risk layering.