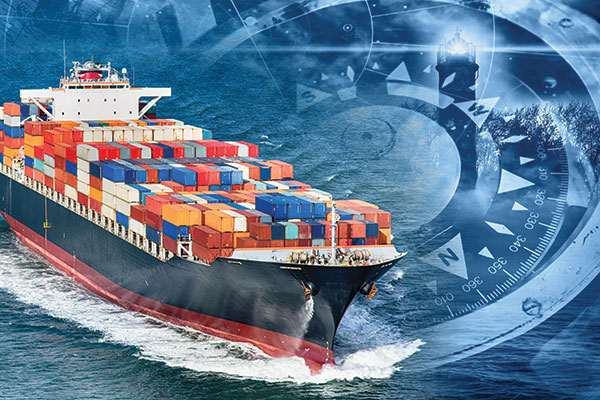 Shippers now need to reconsider how they position operations in a changing ocean market, how to plan and secure capacity, and how to develop long-term relationships with the most reliable ocean carriers. These are discussions focused on balanced, mutual commitments from all parties in an effort to mitigate future shipping chaos.

The fluctuating nature of the ocean cargo market continues to mirror the state of the global economy. This simple fact is evident in things like rate and contract volatility, unprecedented levels of port congestion, as well as continued service issues and capacity imbalances. These factors, all driven by elevated consumer demand levels, continue to present a challenging environment for shippers at a time when some stability would be welcomed.

Joining us in Logistics Management’s Annual Ocean Cargo Roundtable to assess these continued challenges and take a closer look at the current state of market dynamics are three of the industry’s foremost ocean cargo experts: Jon Monroe, president of Jon Monroe Consulting; Sarah Banks, managing director and global freight and logistics lead at Accenture; and Philip Damas, director and head of the supply chain advisors practice at London-based Drewry.

Logistics Management (LM): How do you view the prospects for a 2022 peak season? Or are we now in a period where peak is not the annual occurrence that it used to be?

Jon Monroe: Nothing is as it was since the beginning of the pandemic, least of all peak season. The volatility of container vessels due to blank sailings has caused a massive asset imbalance. Combine this with the surge caused by the change in consumer spending due to the shift to a “work at home” life along with the massive stimulus and it’s no wonder that we’ve had a surge that has lasted for two years.

With that, I don’t expect peak season this year to be as robust as 2021. To a certain extent, importers moved up their seasonal shipping and have already shipped products that are normally shipped in the traditional peak.

Sarah Banks: This year is seeming again to be a year of “extended peak” in the North American ports due to continued import volumes and associated port congestion. As we have not yet experienced a stabilization period following the pandemic chaos, it would be difficult to classify 2022 peak season as a normal, annual occurrence. That being said, I do expect that we’ll see a normalization going into 2023, where the peak season will resemble what we have typically experienced in the past.

Philip Damas: There are very mixed signals about how strong the forthcoming peak season will be in the container shipping market. We know that some top retailers have reported excess inventories and that many companies have shipped early to the United States to reduce the risk of delays. This suggests a weak peak season.

However, we also hear that other importers and the National Retail Federation expect cargo volume to remain high as we head into the peak shipping season. Last year saw an exceptionally strong, chaotic peak; this year could see a weaker, smoother peak season, but this is not certain.

LM: Inflation is stubbornly remaining at 40-year highs, retail sales remain steady, and U.S. ports are largely reporting solid monthly import levels. That said, are we looking at a situation in which inflation could put a major dent in consumer demand and subsequently affect import levels and freight flows in the coming months?