Gulf of Mexico
Texas Game Wardens check a harvest of wild oysters in the Gulf of Mexico. As early as the end of this year, farm-raised oysters could be for sale in Valley seafood markets. (Earl Nottingham/TPWD). 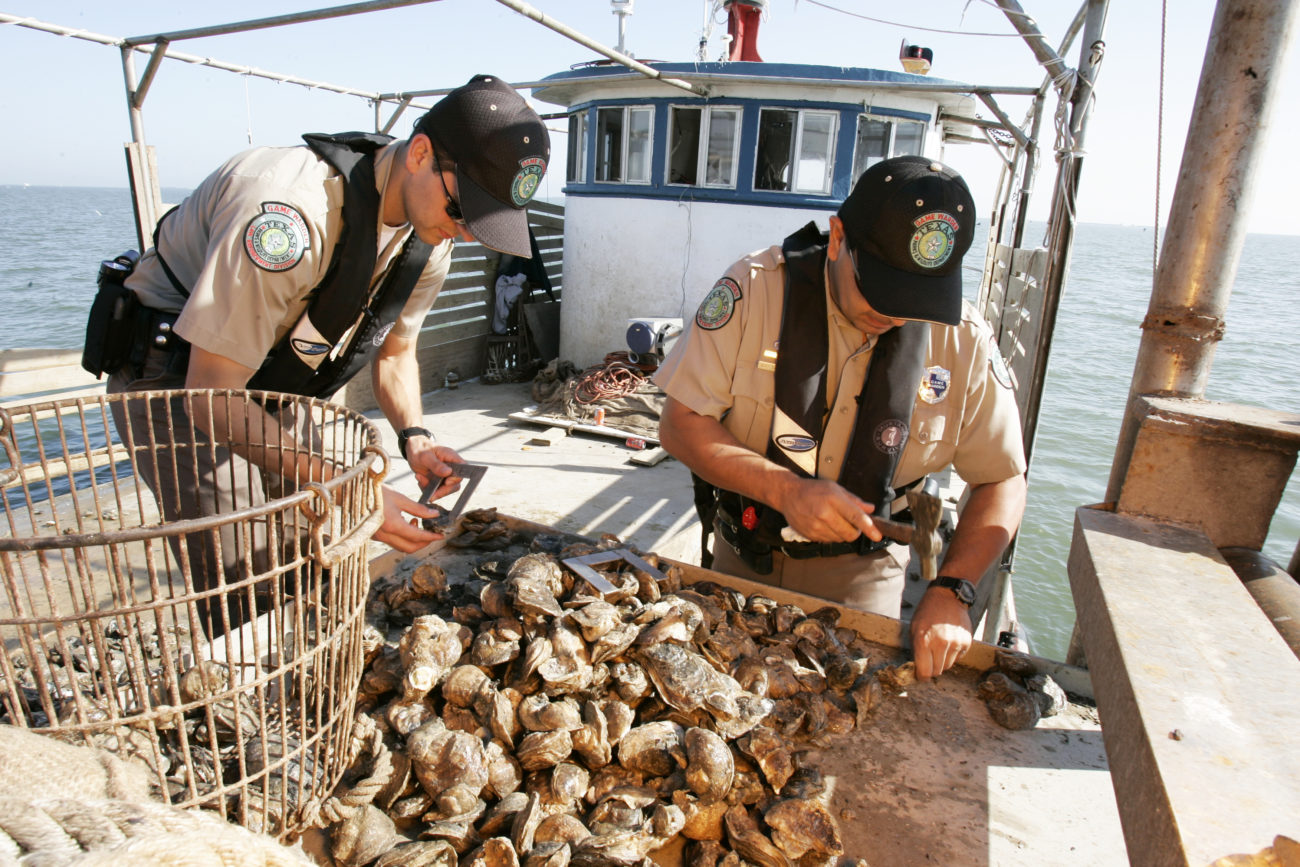 HARLINGEN — It’s a pearl of an idea. Wild oysters already are harvested in a strictly regulated fishery in Texas. But beginning as early as the end of this year, these prized shellfish raised on saltwater farms in the Laguna Madre and elsewhere along the coast could begin hitting seafood stores.

Last year Texas became the final state on the Gulf of Mexico to legalize off-bottom oyster mariculture, a process which uses raised “beds” in shallow waters which oysters attach to, grow from, and eventually are plucked and processed.

Nationally, the farmed oyster business generates about $175 million annually. In Texas, it could quickly become a multi-million-dollar industry, too.

The new oyster mariculture program in Texas couldn’t come at a better time. Global wild oyster harvests have declined by 43 percent since 2000, according to the National Oceanic and Atmospheric Administration.

A key hurdle Texas Parks and Wildlife Department officials face now is identifying the right spots to set the oyster beds. Areas with sea grass beds which serve as nurseries for aquatic species and food for sea turtles are out, as are spots with oil and gas pipelines, existing natural oyster reefs and gulf islands where birds nest.

“You have to grow oysters in clean water, certified by the National Shellfish Sanitation Program,” said Tony Reisinger, Texas A&M AgriLife and Texas Sea Grant’s Cameron County coastal and marine resources agent. “So there are areas closed that are around the waters of South Padre Island, I guess where people live. But further north in the Laguna Madre, there are a lot of areas that are available for it.”

The Texas oyster industry will utilize floating metal cages where the oysters attach themselves and can be easily harvested.

Reisinger said he believes getting into the oyster farming businesses will cost about $16,000 per acre to start.