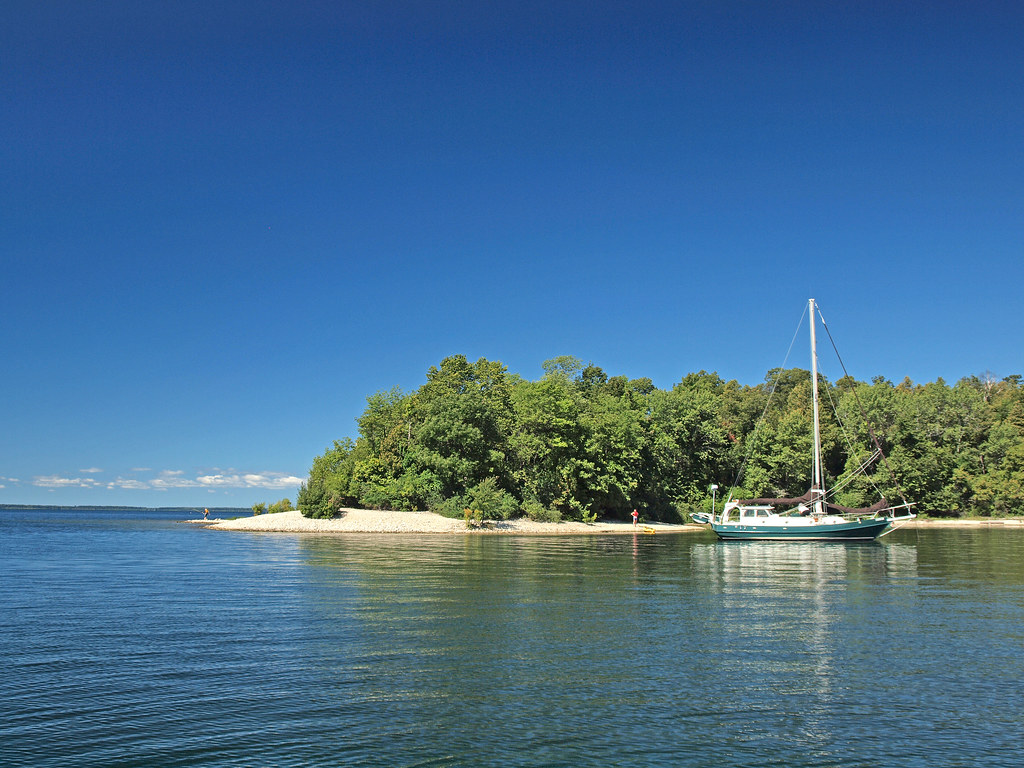 A 30-year effort to clean up the Lower Fox River by a coalition of local officials, business owners, educators, environmentalists, and outdoor enthusiasts is bearing fruit.

As spring limped slowly into Green Bay, Wisconsin, Bruce Deadman pulled two walleye from Lake Michigan’s Green Bay. Pulling off such a feat was unheard of a decade ago, says Deadman. The walleye were simply not around, and even if fishermen were lucky enough to snag one, they would have been restricted from eating it due to high levels of toxic polychlorinated biphenyls, or PCBs in the fish.

But all that has changed. By 2019, PCB levels in Green Bay walleye had dropped 68 percent, and on this day in early May, as the thermometer hovers just above freezing, Deadman can catch fish. And he isn’t alone. Dozens of boat trailers line the parking lot of the boat landing. The fishermen are all trolling for walleye.

Creating the conditions for this to happen has been a 30-year-plus effort involving the ongoing cooperation of a multitude of groups: the US Environmental Protection Agency, the Wisconsin Department of Natural Resources, and the Menominee and Oneida tribes among them. But at the center of this effort is the Clean Bay Backers — with its diverse roster of local government officials, business owners, educators, nonprofit leaders, and outdoor enthusiasts, including Deadman.

The Clean Bay Backers, not to be confused with the famous football team, the Green Bay Packers, have been integral to the deep cleaning that has been going on since 1987. That was the year that Green Bay and the Fox River was designated one of 43 Great Lakes Areas of Concern (AOC) by the International Joint Commission of Canada and the United States.

Shaped like the backside of a left hand, Wisconsin sits west of Lake Michigan. The lake’s Green Bay is encompassed by the hand’s index finger and thumb. About 40 miles southwest of the Bay lies Lake Winnebago, the two connected by the Lower Fox River. Approximately 270,000 people live in communities along the Lower Fox.