Great Lakes
The village of Ephraim, Wis., completed a $358,000 project to place large rocks along the shoreline and create a new sidewalk and park space downtown. The rock barriers aim to protect the Lake Michigan shoreline against erosion from powerful waves, which have whittled away land in recent years. Photo taken July 28, 2021. Coburn Dukehart and Tad Dukehart/Wisconsin Watch 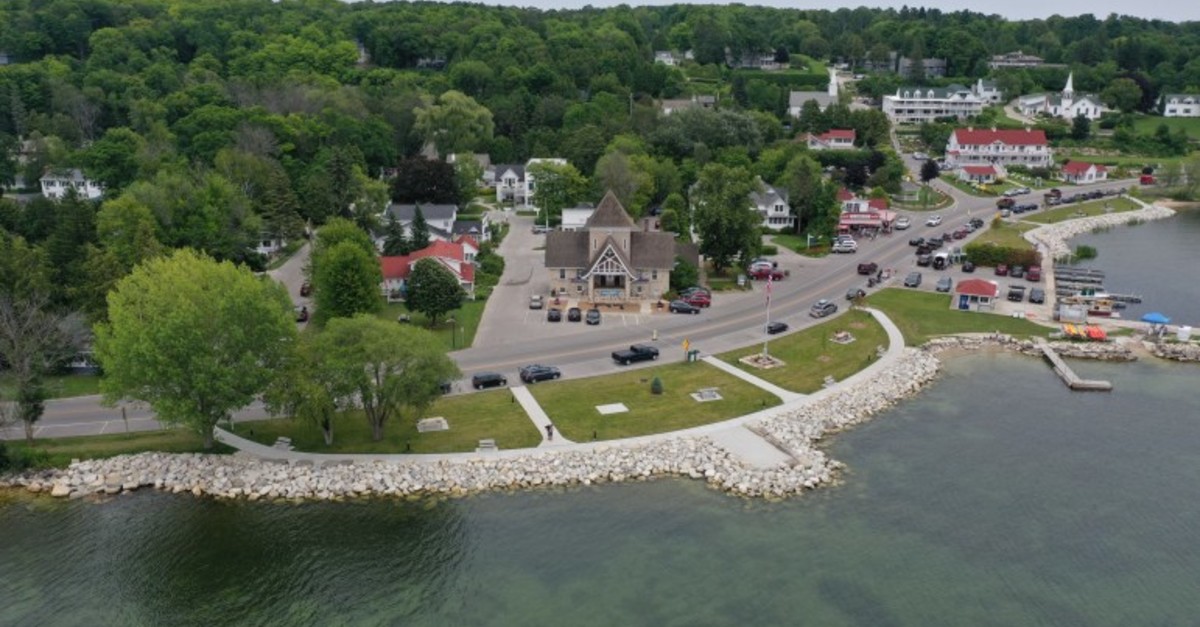 Lakes are set to see warmer and wetter conditions, but the effects of climate change on water levels aren't as clear

Scientists say communities around the Great Lakes should prepare for swings in high and low water levels to boost their resilience in the face of climate change.

A multi-agency panel of scientists discussed the uncertainty surrounding the effects of climate change on the Great Lakes Monday during the American Geophysical Union’s fall meeting in Chicago.

Water fluctuations on the Great Lakes are primarily driven by precipitation, evaporation and runoff from rivers and streams that drain into the Great Lakes Basin. Scientists say it’s uncertain how climate change will affect each of those factors, including Lauren Fry, a research physical scientist with the National Oceanic and Atmospheric Administration’s Great Lakes Environmental Research Laboratory.

Until recently, the lakes experienced a period of consistently low water levels from 1998 to 2013 with Lake Michigan hitting a record low in 2013. In the years since, levels climbed rapidly and reached record highs between 2017 and 2020 before dropping steadily due to dry, mild weather.

During low levels, precipitation varied but remained relatively low while evaporation was high, according to Alexander VanDeWeghe, a research assistant with the University of Michigan’s School for Environment and Sustainability. VanDeWeghe said that led to a loss of water from the Great Lakes, which is in sharp contrast to patterns seen from 2014 to 2020. As levels reached record highs, the lakes saw very high precipitation and below average evaporation.

Drivers of those changes in lake levels have helped with modeling future conditions on the Great Lakes, and research indicates climate change will drive water levels higher.

"We see that, although there's some variability across the lakes and across the months of the year, the long-term average water level in this study — it's projected to have slight to moderate increases something on the order of a couple inches up to just under a foot," VanDeWeghe said.