International
(FILE) - A Myanmar family sits on the remains of their house in Bogolay, the Irrawaddy Delta, 14 May 2008. Photo: EPA 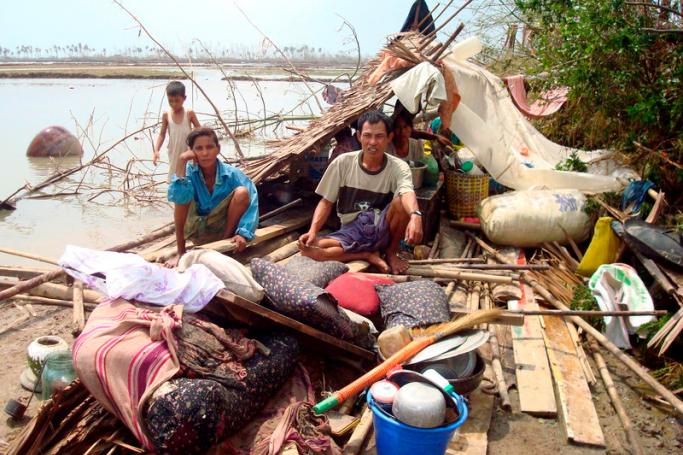 Why study of oceans matters to Myanmar and India

The study of the oceans is crucial for countries such as India and Myanmar because it helps governments to predict and manage responses to climatic and ocean changes, particularly monsoon rains and drought, and the dangers posed by potentially deadly cyclones.

Mizzima recently interviewed an Indian oceanography specialist Dr V Ramaswamy in Goa, India to discuss his work and cooperation with Myanmar to keep a close eye on the oceans and to allow the countries a better chance of handling extreme weather conditions – not least the type of damage seen in Myanmar as a result of 2008 Cyclone Nargis.

I am a scientist specializing in oceanography, and marine geology and biogeochemistry. I have been working as a scientist at Aquamarine Coastal & Environmental Solutions, Goa, since 1981, when I joined as a research fellow and as a scientist in 1983, and even now my interest is basically science of the Indian Ocean and the surrounding regions.

My main focus has been to work in collaboration with neighbouring countries because oceanography is a very expensive subject because we need ships to study the oceans and ships are very, very expensive. So that is why collaboration and cooperation with all the countries is very essential. And as part of my studies I have been very fortunate to involve in many surrounding countries and also the advanced countries of Western Europe. In this particularly I have worked extensively with many countries like Iran, Kuwait, Bangladesh and most important, Myanmar.

Our collaboration with Myanmar was started in the year 2002. In 2002, the Government of Myanmar approached the Indian Government to study the northern Andaman Sea. So as part of that within a few months we organized the most advanced vessel … and this vessel sailed for 35 days from Chennai to the northern Andaman Sea and back. There were twelve people from Myanmar and nineteen from India. The twelve people from Myanmar included people from Yangon University, ministry and fishery research, hydrographic department, and methodology and hydrology. So there were twelve scientists from Myanmar, including some lady scientists, there were three of them who came to India and we went on this cruise, we studied the northern Andaman Sea. The most important part of the cruise was we stayed in Yangon for three days and in the three days the ship was open to all the students, college and school students from Yangon and neighbouring areas, about 800 students came and saw the ship, and you know in 2002 that time Myanmar did not have these facilities, it had very poor facilities, so these students for them it was a very good opportunity to come and see a very modern research vessel.