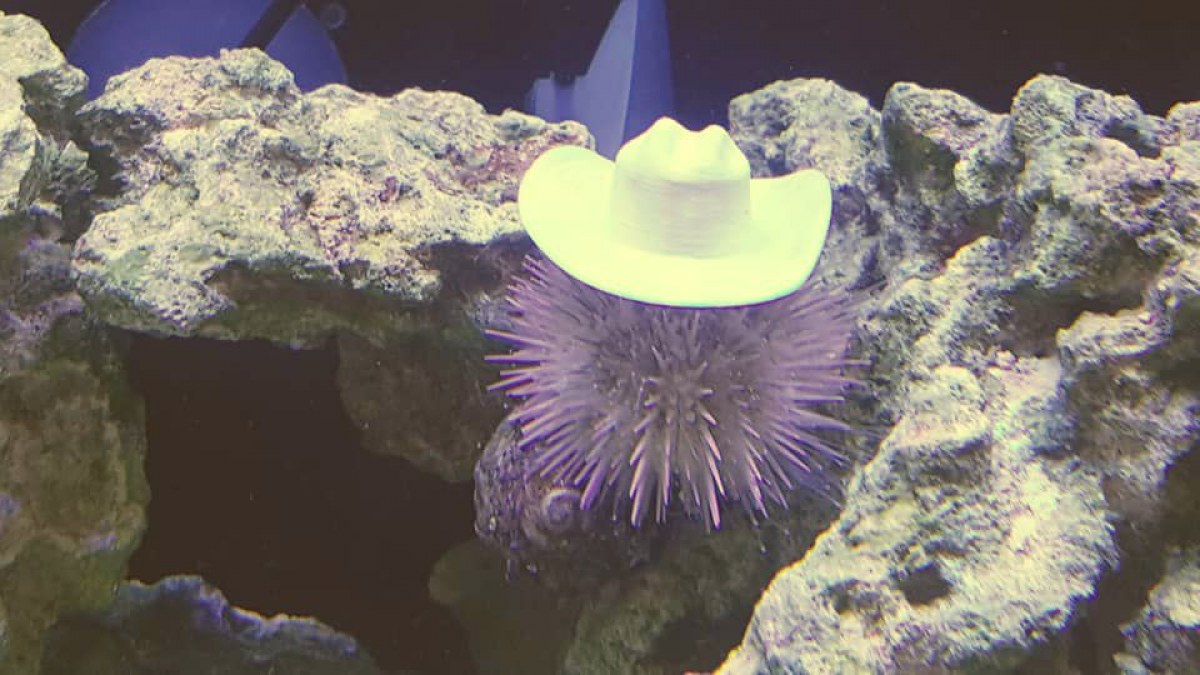 WHY ARE THESE SEA URCHINS SPORTING COWBOY AND VIKING HATS? THERE'S SCIENCE TO THEIR HOT LOOKS

After noticing his urchins carrying rocks, shells and even hermit crabs around in his 120 gallon saltwater aquarium, a Colorado aquarium enthusiast started making them custom hats.

Wilson Souza's first design was meant to be functional rather than stylish. Souza compared it to a wok cover. Since then, he's had to become a fashion designer of sorts for the echinoderms (a phylum including sea urchins, starfish and sea cucumbers), tailoring cowboy, viking and top hats with an arched bottom to give the urchins enough purchase for their spines to hold on.

Emma Verling, who holds a doctorate in marine ecology from University College Cork, described to Newsweek how sea urchins mount hats, shells, rocks and other objects atop their spines, manipulating objects with hundreds of tube feet—flexible stalks with suction cups.

"This army of tube feet essentially grabs on to the upper surface of the objects," Verling said, in response to emailed questions about urchin hats. "Hundreds of stiff, needle-like (but brittle) spines really spring into action, manipulating the object like little levers. Once sufficient of their number can get underneath the object, they then appear to push the object from below as the tube feet maintain their positions on top, and the object is 'flipped' onto the urchin itself."