Gulf of Mexico
In November 2019, PJ Hahn, former director of Coastal Zone Management for Plaquemines Parish, stood in the spot where Cat Island once was. "To be standing there in three, four feet of water where the land used to be so beautiful. I remember pulling up to this island, the minute we got close the birds would fly off the island." Tyrone Turner 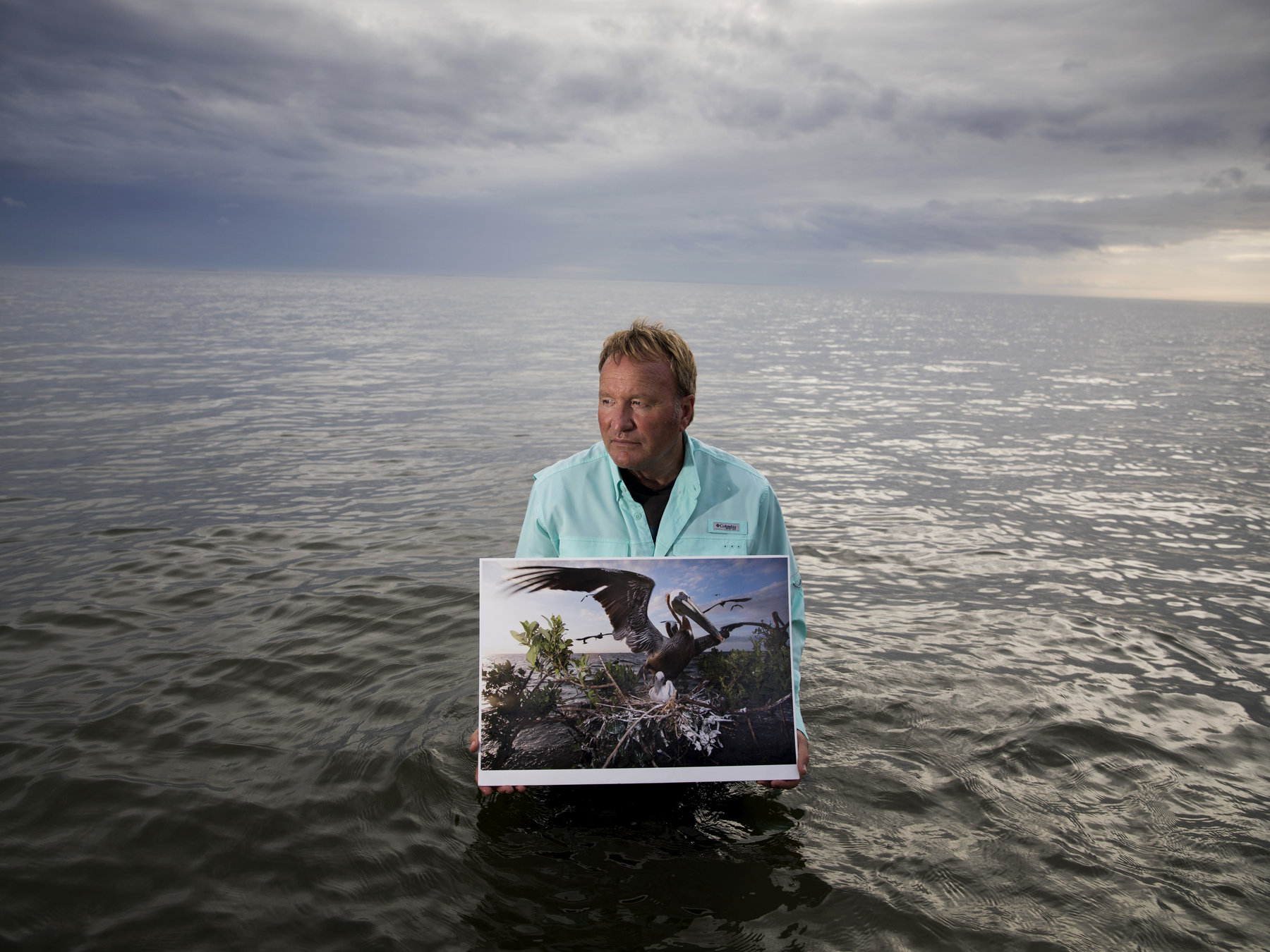 'Where The Land Used To Be

The last time I visited Cat Island, it was three feet under water.

As a freelance photographer, I had been returning to the now-submerged island on assignments for almost a decade, since the vulnerable island was hit by the 2010 BP oil spill. PJ Hahn, former director of Coastal Zone Management for Plaquemines Parish, and I had to find the location using GPS coordinates, maneuvering over what looked like a sandbar on the boat's depth finder.

We took turns slipping out of the boat to stand in the water, digging our feet into the dying island. With the water of Cat Bay lapping at our waists, we posed with photos that we made when the island was above the water line, when it still had mangrove trees and nesting brown pelicans.

Ten years ago, the BP oil spill began with a rig explosion that killed 11 workers. Four million barrels of oil spewed into the the Gulf of Mexico. The oil killed marine mammals and birdlife, and shut down the fishing grounds and the seafood economy. The oil also damaged the fragile coastal marshes protecting the state from hurricane storm surges.