Northeast
One of the new waterfront developments in East Boston, Clippership Wharf, was built several feet above grade and has a deployable flood barrier to protect areas from flooding.JONATHAN WIGGS 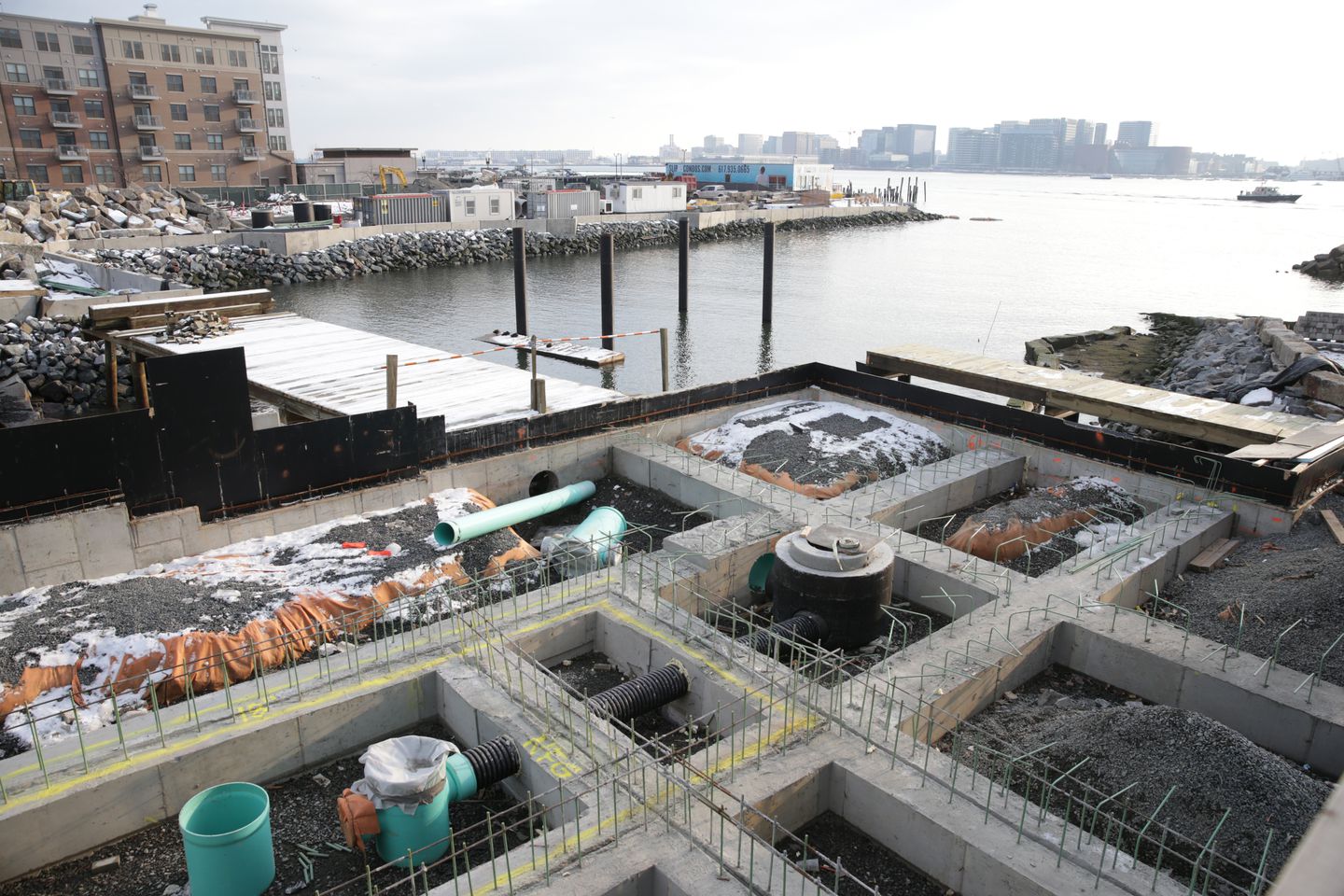 When it comes to battling climate change and sea rise, what does it mean to be ‘resilient’?

Resiliency is the hot buzzword in developing Boston’s waterfront. But what is it, what does it really mean? And might it be better to just not build there at all?

The shoreline of East Boston tells a story of vulnerability and risk. New residential buildings crowd the waterfront for a share of city views as more and more people move to the water’s edge. The area’s lone major grocery store, a Shaw’s Market, stands just beyond the lapping tide, its parking lot frequently flooded during storms. The East Boston Greenway, a low-lying bike path, also floods, and becomes a conduit for rushing water. Maps that model the effects of sea level rise by century’s end depict floods that could return East Boston to what it was two centuries ago: a series of islands.

Steps are now being taken to make East Boston more “resilient” to climate change. The city invested $100,000 for a portable flood wall that can be deployed along the Greenway. One of the new waterfront developments, Clippership Wharf, is raised several feet above grade and has a deployable flood barrier to protect areas from flooding. And Climate Ready Boston, the city’s climate adaptation initiative, has produced ideas for parks and other features that could help stop floodwaters from reaching neighborhoods.

But what does it mean to be truly resilient to climate change? Resilience sounds like an appealing goal, but it’s a difficult characteristic to pin down. Whereas cities set specific targets for mitigating climate change — like Boston’s goal of becoming carbon neutral by 2050 — measuring how well the city can weather the impacts of climate change is much harder. How can taking resiliency measures be reconciled with allowing more people to move to the waterfront? As the stakes rise for protecting the city from flooding, the city’s leaders and residents will increasingly need to ask: What does climate resilience really look like?