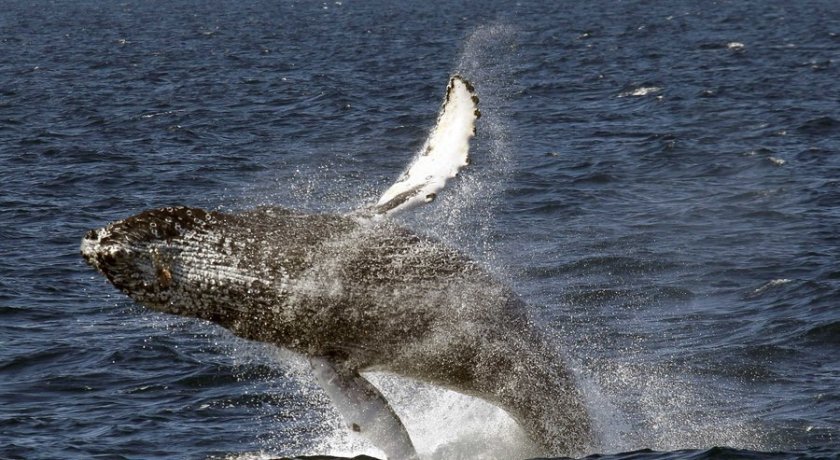 What’s tangling up the humpback whales? A food chain snarled by climate change

Karin Forney still remembers when an unusual number of humpback whales started showing up in Monterey Bay a few winters ago. She could see them out her window — so close to the surf that kayakers could literally paddle up to them.

But with this delightful arrival came an alarming number of humpbacks getting entangled in fishing gear that cut into their flesh and often led to death. This sudden crisis confounded scientists, fishermen and animal rights groups.

“We went from virtually no humpback whale entanglements to one every other week — and then during peak, in the spring of 2016 ... we were basically on call every single day,” said Forney, an applied marine ecologist at the NOAA Fisheries who scrambled to help the rescue efforts.