Pacific Northwest
The former bed of Lake Mills above the now-removed Glines Canyon Dam has returned to its natural state as the free-flowing Elwha River. Pete Caster, Lewiston Tribune 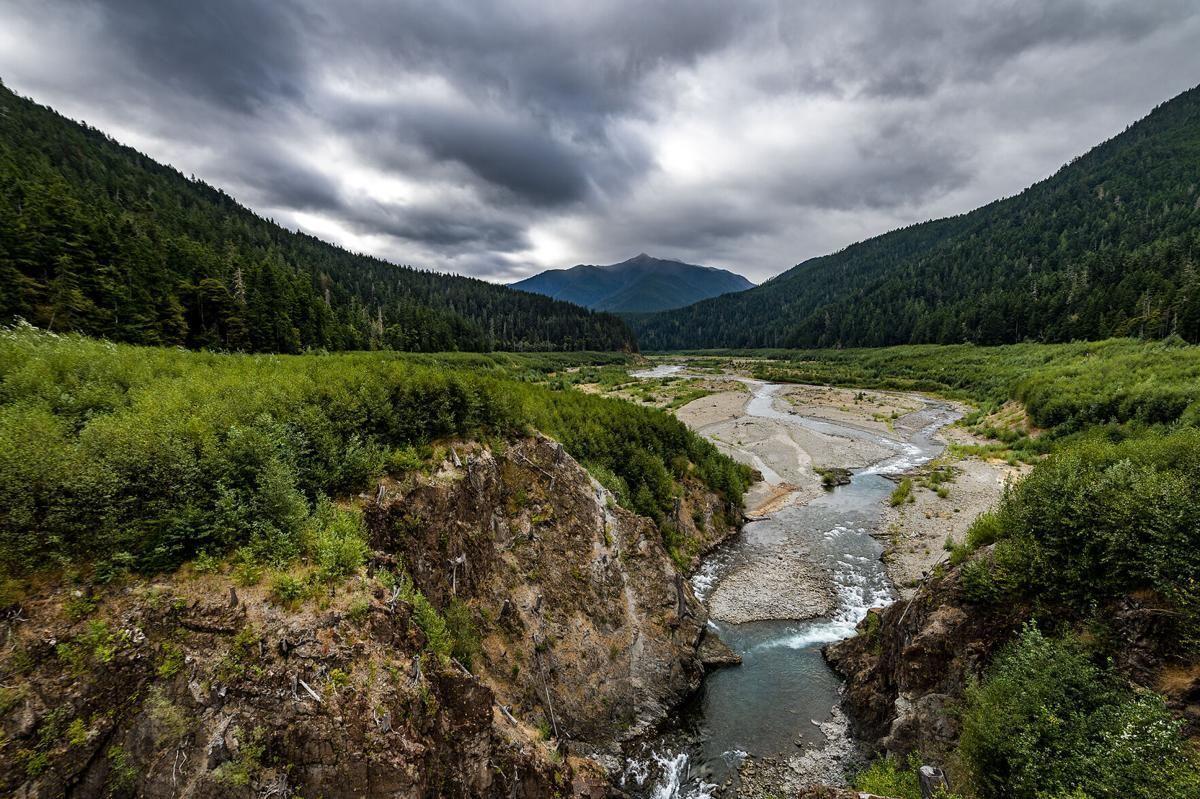 WA - When dams fell, salmon returned to the Elwha River

PORT ANGELES, Wash. — Mel Elofson thought of his ancestors when he spotted a chinook salmon swimming past the old Glines Canyon Dam site on the Elwha River here.

For decades, members of the Lower Elwha Klallam Tribe called for the removal of two dams blocking the river and preventing several species of salmon and steelhead from reaching spawning grounds and they worked to make that vision a reality.

In 2012, the Elwha Dam came down. Two years later, Glines Canyon Dam was gone and the intrepid chinook spotted by Elofson pushed upstream just a day and a half later.

“We were high-fiving. It was pretty awesome to see. It was something my grandmothers and grandfathers and aunts and uncles wanted to see. I got to be their eyes, I guess.”

Members of the Nez Perce Tribe share a similar vision. They have led a decadeslong fight to breach the four lower Snake River dams and free the lower Snake River so its salmon, steelhead and lamprey can thrive.

The Snake and Elwha rivers and their dams are very different. The Elwha is a short coastal stream surrounded by a temperate rainforest. It begins in Olympic National Park and gains speed and size as it races 45 miles north to meet the Salish Sea at the Strait of San Juan de Fuca.

“So a lot of it was never altered,” said George Pess, a scientist with the National Oceanic and Atmospheric Administration at Seattle. “There wasn’t road construction and timber harvest and all of that other kind of stuff that you have a lot of times in all of our watersheds.”

But the dams, built to power mills at nearby Port Angeles, lacked fish ladders and blocked salmon and steelhead from progressing more than a few miles upstream.