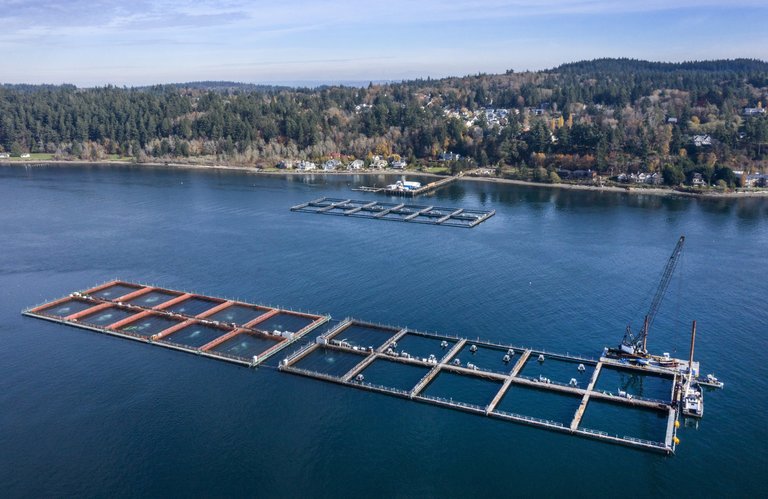 Four nonprofit organizations sued the Washington Department of Fish and Wildlife (WDFW) this week over its decision to grant a permit allowing Cooke Aquaculture Pacific to farm steelhead in Puget Sound and the greater Salish Sea.

The organizations say the department’s environmental analysis of Cooke’s five-year application to farm female, mostly sterile steelhead in net pens was “deficient” and failed to fully account for the environmental impacts of Cooke’s planned operations.

The legal challenge in King County Superior Court brings a long-running dispute between the Salish Sea fish farmers and environmental advocacy groups again to court, which could entangle the company’s ambitions in legal muck.

Cooke has been the focus of legal and regulatory attention following the collapse in 2017 of a net pen facility, which allowed more than 200,000 Atlantic salmon to escape into the Salish Sea.