Pacific Northwest
Andrew Maldonado, Yakama Nation Fisheries employee, brings a sockeye salmon caught by volunteers aboard a research boat during a tracking study on the Columbia River at the mouth of the Yakima River on Friday, June 26, 2020 in Richland, Wash. Evan Abell / Yakima Herald-Republic 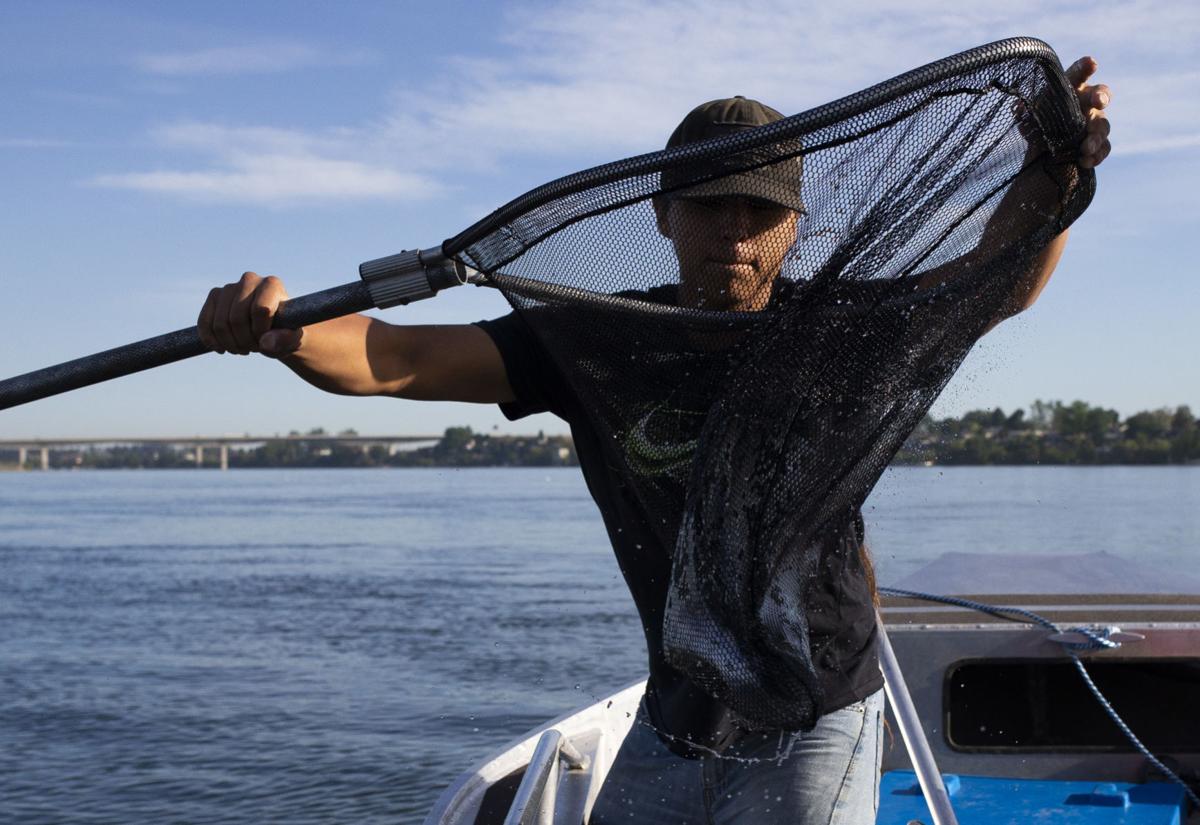 Sockeye fishing took on a larger purpose for a handful of volunteers at the mouth of the Yakima River early on June 26.

Rather than keep the salmon that have been relatively plentiful in the Columbia River this year, anglers turned over their catch to another boat with no fishing poles. Biologists needed less than two minutes to measure the fish, determine its sex, clip a fin for DNA, and insert a small tag before putting the sockeye back into the cool water.

If all goes well, some of the 12 sockeye caught by volunteers from various regional fishing groups will provide valuable information on how the fish fare while swimming back up through the lower Yakima River to their spawning grounds from June through September. Those results could play a key role in determining what projects the Bureau of Reclamation needs to implement to ensure the viability of a sustained sockeye run in an area where they were once plentiful.

In 2018, 20 sockeye collected and tagged at Roza Dam successfully completed the journey from there to Cle Elum Dam in seven to 30 days, eliminating significant concerns about fish passage in the mid-section of the Yakima River.

The sockeye tracked in the lower Yakima a year ago told a much more troubling story, highlighting the need for more information from the ongoing three-year study.