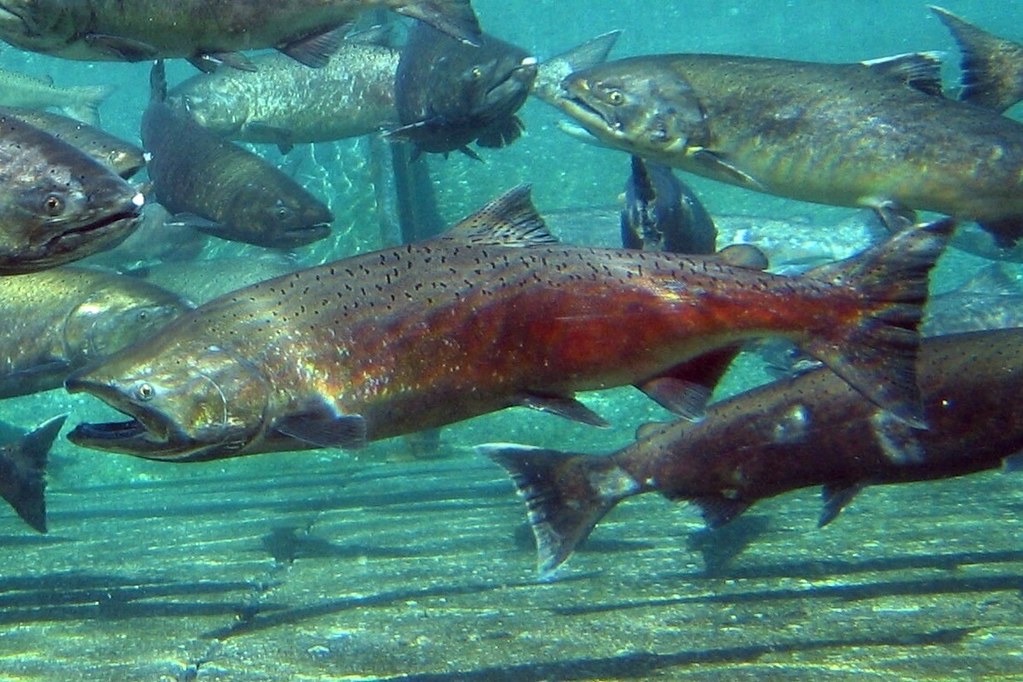 WA - Through Pacific NW drought and downpour, what will happen to the salmon?

As biologist Nick Vanbuskirk drew a knife along the yellowing belly of the carcass of a Chinook salmon, hundreds of ripe, translucent orange eggs spilled out into the ankle-high waters of the Newaukum River.

After surviving a stint in the Pacific Ocean, this salmon was met with over 70 miles of warm, shallow river. Along the way, she evaded hungry predators and made it most of the way back to her spawning grounds. But she died before she finished the job. The fish was only partially spawned out.

“It’s related to low water,” Vanbuskirk said. “The fish is just being attacked by so much stuff as far as disease, so any additional stress lets all that just kind of take over.”

After Western Washington saw the driest June to October on record, several storms were slated to soak the region beginning Friday. It’s a welcome sight for many, including fish stuck downstream. But it comes at the risk of scouring eggs already laid in vulnerable places throughout the Northwest.

Extreme low river flows are just another blow to a species that’s already in crisis.

On a good day, this freshwater highway threading through Lewis County might be flowing at 300 cubic feet per second, Vanbuskirk said. On Thursday, it was about one-tenth of that.

As the first rain of the season began to fall Friday morning, over two dozen river gauges documented levels below the 10th percentile of the flows ever recorded on the day. A streamflow between the 25th and 75th percentiles is considered normal.

Nearly all Western Washington rivers were near or at record low flows for weeks, following the dry spell. It prompted state, tribal and federal officials to close some fisheries, and it might have changed how fish spawn.

Thursday morning just outside Stan Hedwall Park in Chehalis, a half dozen purplish-maroon male Chinook chased each other around the spawning grounds where females hovered. Their dorsal fins poked out into the hazy smoke-filled air as they raced through the shallows.

After successfully fending off the others, one dominant male swam beside a female — marked by her whitish tail. She turned on her side and began using her body and tail to move around the rocks, making way for her eggs.

State department of Fish and Wildlife biologists and technicians travel the river on one-person pontoons, stopping to count, tag and take notes on these egg nests, known as redds.

A whiteboard inside a tan tarp tent at Fish and Wildlife’s post in Rochester keeps a tally of these redds.