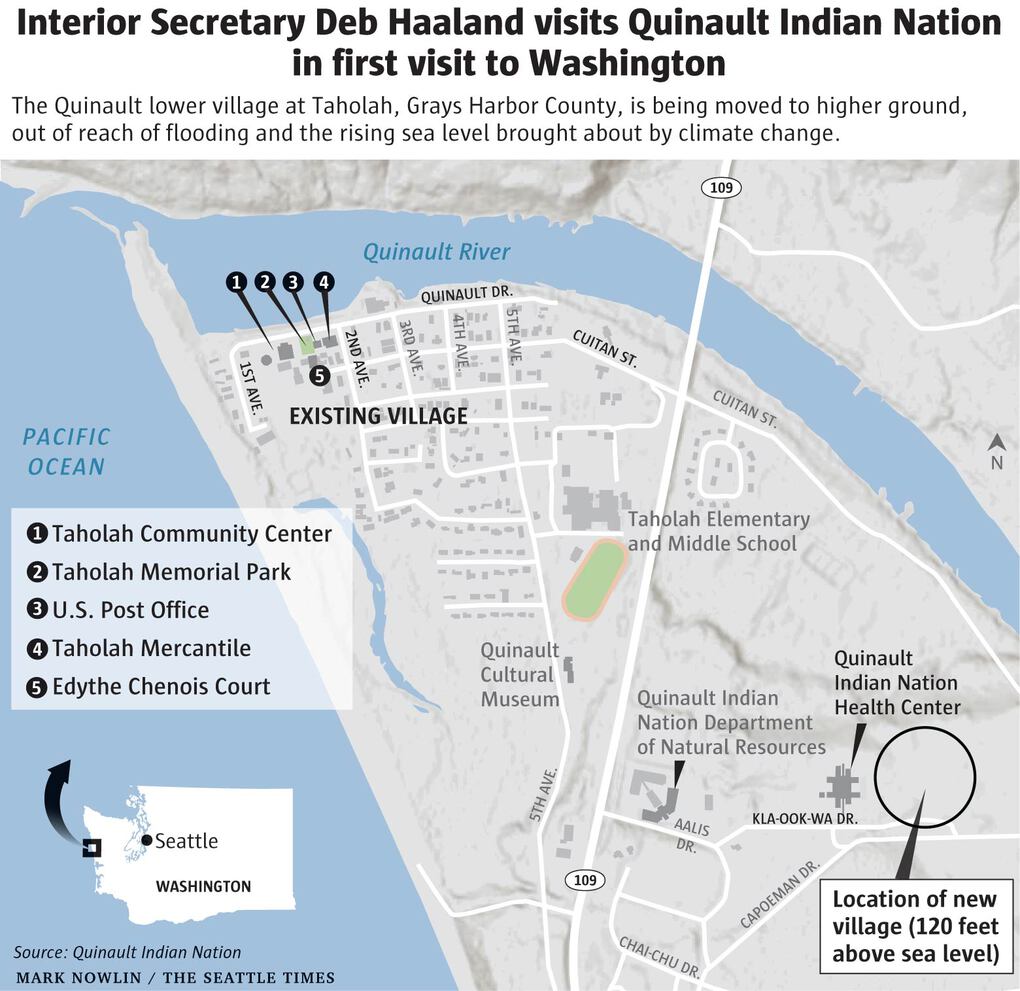 WA - This tribe has lived on the coast of Washington for thousands of years. Now climate change is forcing it uphill

Now the tribe, which lived at sea level for thousands of years, is moving its village up the hill as the effects of climate change take hold.

The village provided a somber backdrop Monday during a historic visit from Deb Haaland, the secretary of interior — and the nation’s first Native American Cabinet secretary. While meeting with tribal leaders, she promised hundreds of millions of dollars in aid to tribal nations to combat the threat of a warming planet.

The visit, Haaland’s first to Washington state since her appointment to the Biden Administration, coincided with the release of a dire report from the United Nations Intergovernmental Panel on Climate Change, predicting global havoc due to human-caused climate warming.

The report’s predictions of droughts, floods, rising seas and fires could not have been more personal to the people of the Quinault Indian Nation. Intensified rain during winter months, melting glaciers and sea-level rise are combining to drive the tribe inland.

Haaland teared up as she spoke of the importance of tribal homelands and how her visit here, where she greeted the sunrise on the beach, made her all the more determined to protect tribal communities.