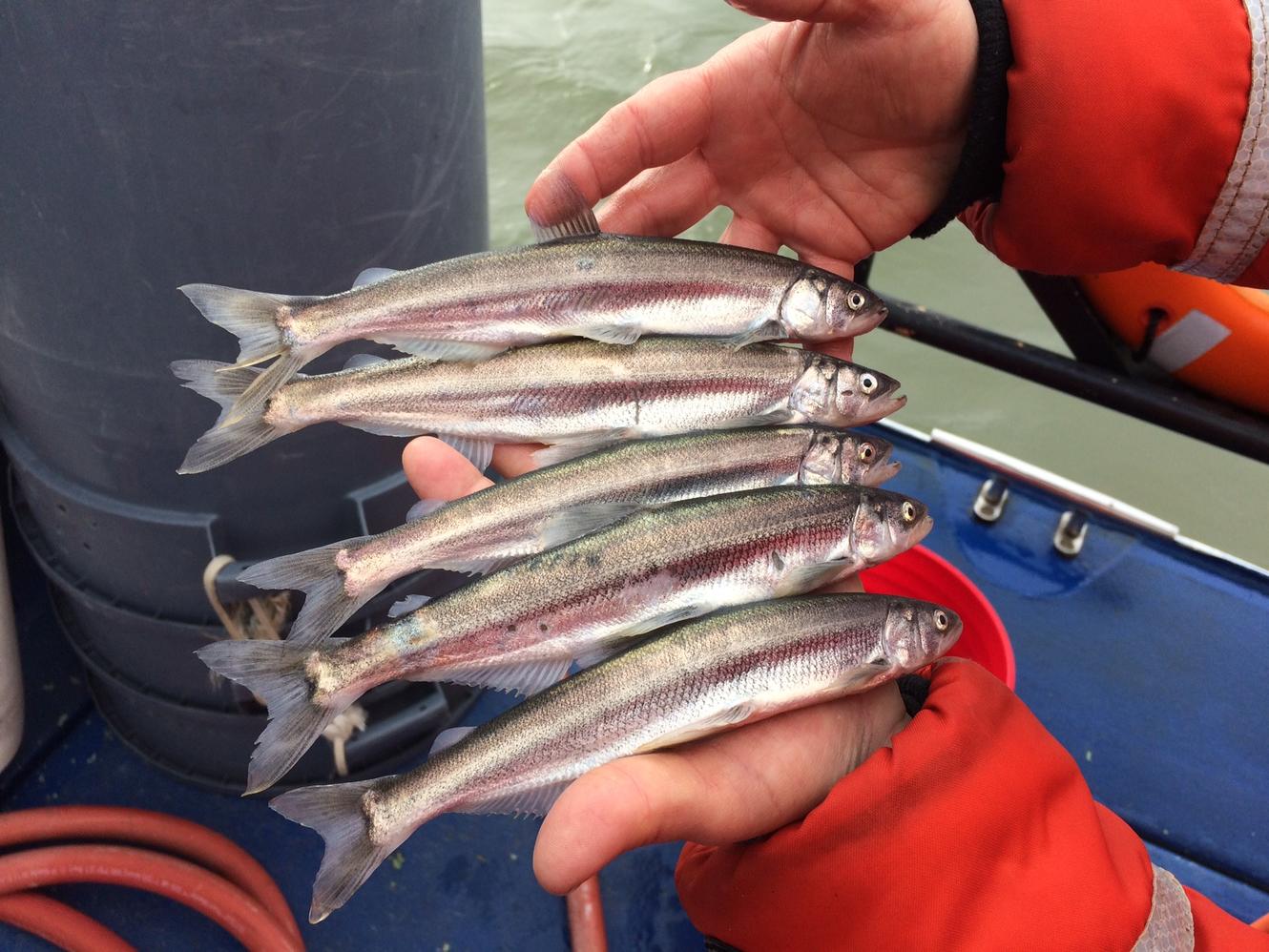 A U.S. Senate bill highlights West Coast progressiveness in managing fisheries, but even our region is a long way off from really knowing what’s out there.

Endangered species like salmon and orca get lots of attention in Washington. We painstakingly track their numbers, and each new baby, individual death or a population crash has the potential to spur international reactions. But some species they rely on rarely achieve recognition.

“They’re small fish that most people don't typically see but that really make the marine food web go round for larger organisms … that pay attention to where those things are and where they're not,” says Dr. Jen Zamon, a research fishery biologist with the National Oceanic and Atmospheric Administration’s Northwest Fisheries Science Center who works on forage fish. “And if they're moving around, that's going to change the distribution of everything else that's feeding upon them.”

“Pretty much anything in the water that has a mouth big enough to fit a forage fish in it eats forage fish,” says Phil Dionne, a research scientist with the Washington state Department of Fish and Wildlife who specializes in forage fish.

They also have economic value. Humans churn them into fertilizer, dangle them as bait and eat them outright. Salish Sea tribes have traditionally looked to herring for protein, especially at times of year when salmon and other fish aren’t as available, Suquamish tribal biologist Steve Todd says.

Some studies estimate that these fish add $16.9 billion to the global economy, both from direct harvest and from benefits to predators like salmon and the Tufted Puffin. And yet for most Washingtonians, they remain invisible — even when they are in our backyards.

“Even in the interactions I have sometimes with shoreline landowners … [they’ll say], ‘Oh really? I didn't even know anything about [forage fish],’ because they're not [species] they may be more accustomed to seeing, that are more charismatic," Todd says.

That invisibility can make both forage fish and the species they support harder to protect. But a new act in the U.S. Senate, introduced in April with rare bipartisan support, attempts to give forage fish more protection precisely by highlighting that ecosystem value.

The act, introduced by Sens. Richard Blumenthal, D-Connecticut, and Roy Blunt, R-Missouri, would mandate that the federal government’s eight regional fisheries councils consider the needs, status and ecosystem value of forage fish or their predators in fisheries management plans. It would also require an official definition of forage fish. The country’s current primary legislation governing fisheries management doesn’t even include the phrase “forage fish.”

In some ways, experts say, the act shows how progressive and cautious Pacific Northwestern fisheries have been: The act would ask other regions to do things managers on the West Coast already do.