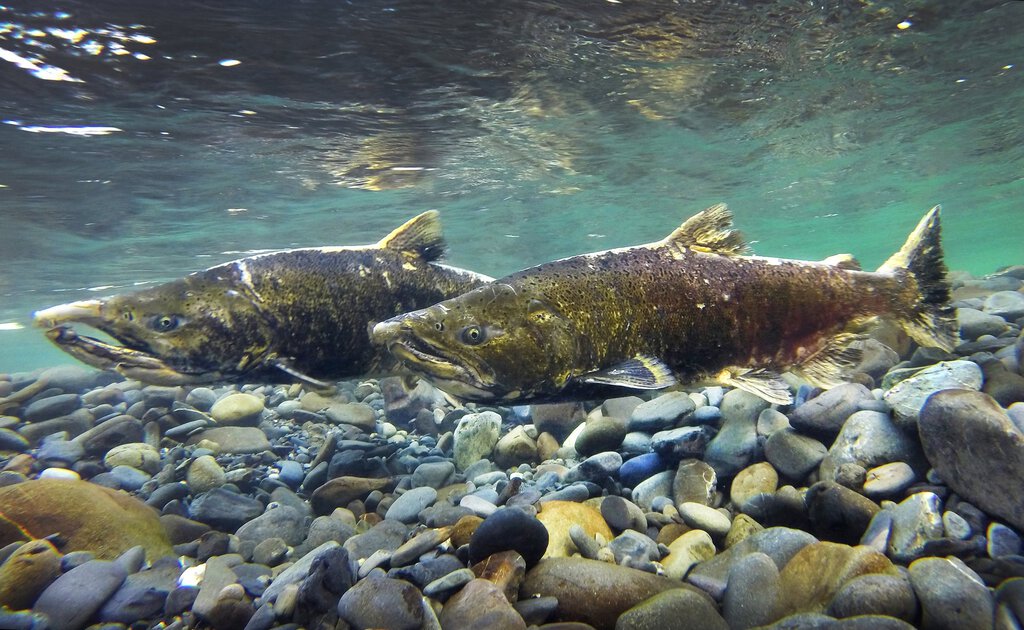 WA - The Elwha Dams Are Gone and Chinook Are Surging Back, but Why Are So Few Reaching the Upper River?

ELWHA RIVER, Olympic Peninsula — They were the king of kings in Puget Sound, the biggest chinook of them all, strong enough to muscle up the falls at the Goblin Gates and power on all the way through nearly 4 miles of chutes and falls in the Grand Canyon of the Elwha.

If Elwha River recovery has an icon, it is these legendary Elwha Tyee, chinook bigger than 100 pounds. Bringing them back was the rallying cry for generations of advocates of Elwha dam removal, from the Lower Elwha Klallam Tribe to the halls of the U.S. Congress, which ultimately approved and funded a $325 million removal project.

Completed in 2014, it’s still the biggest dam takedown anywhere in the world. Scientists have been tracking nature’s response. Some of what they are finding is surprising, even to them.

Summer steelhead, nearly extinct in the Elwha, have come booming back to the river, all on their own. Once locked up behind the dams, rainbow trout are re-expressing their ability to go to sea as steelhead.

Adult chinook returns to the river since dam removal are the highest since the late 1980s, with more than 7,600 estimated in the 2019 count. While that’s still a modest number, the Elwha represents one of the only watersheds in Puget Sound with such an uptick in population, said Sam Brenkman, chief fisheries biologist for the Olympic National Park, in an email.

Colonization of the lower and middle river has been steady. But fewer chinook are reaching the deliciously cold, uppermost reaches of the watershed. Why? It’s a puzzle scientists are working on.