Pacific Northwest
Triangle Cove, seen here from the air in 2018, is nestled behind Barnum Point on Camano Island. 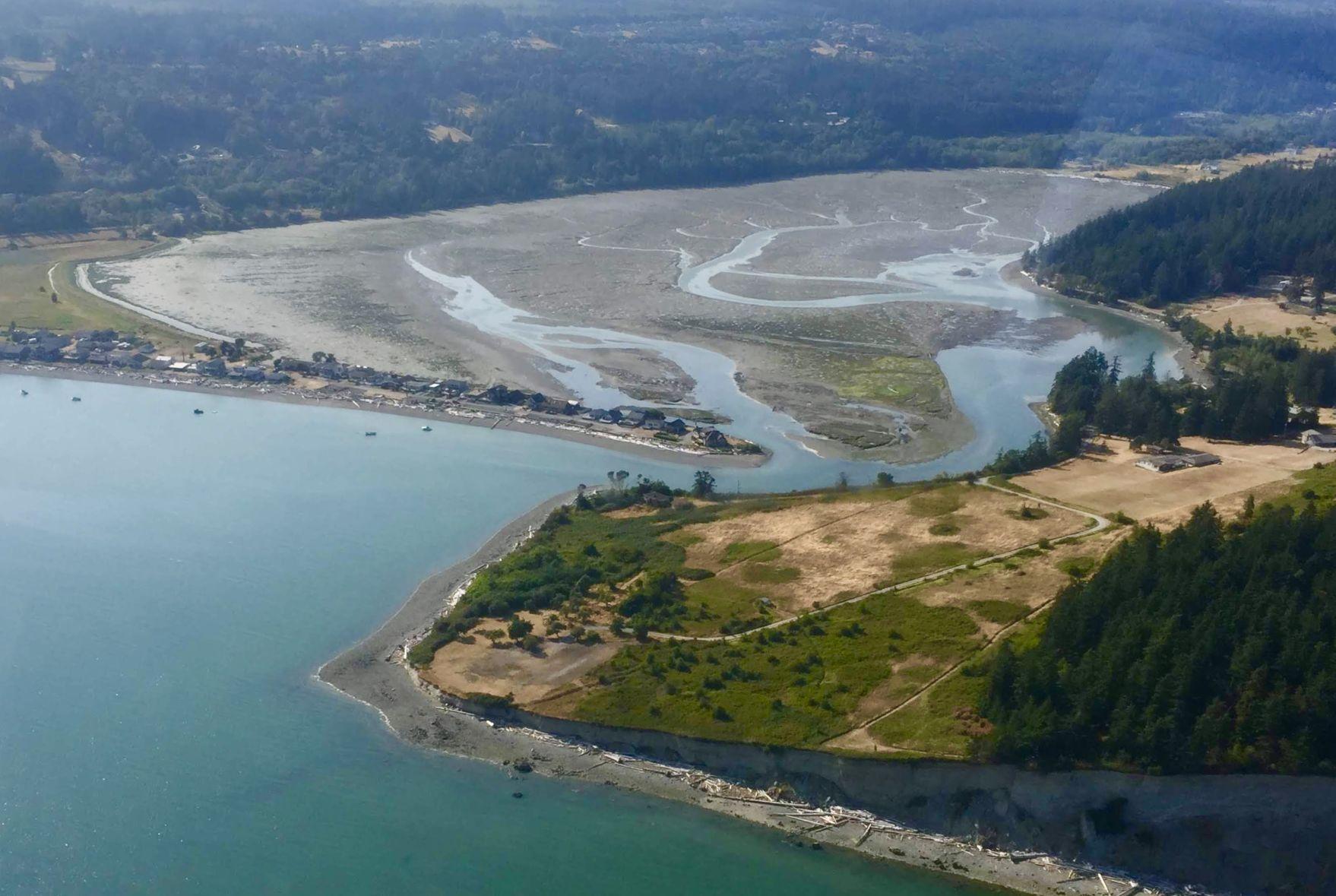 An additional 219 acres of local estuary area is set to be protected in perpetuity, adding to a growing portfolio of protected tidal marshland key to helping endangered salmon.

The Stillaguamish Tribe of Indians last week announced it purchased Triangle Cove on the east side of Camano Island, near Barnum Point County Park.

The 219-acre pocket estuary will sustain critical out-migrating habitat for salmon in Port Susan Bay and the Stillaguamish River delta, according to the tribe.

The cove provides food and shelter for at least 19 species of fish and more than 115 species of migratory birds and wildlife.

Triangle Cove is the largest functioning pocket estuary in the Camano-Whidbey Basin. More than 75% of the pocket estuaries in the basin are no longer accessible, having been drained, filled or cut off from tidal flow from developments during the past 150 years.

In 2018, work was completed to replace culverts beneath two roads that cross Kristoferson Creek near Triangle Cove that were deemed barriers to fish passage, particularly coho and chum salmon, which use the creek for spawning.