Pacific Northwest
via The Maritime Executive 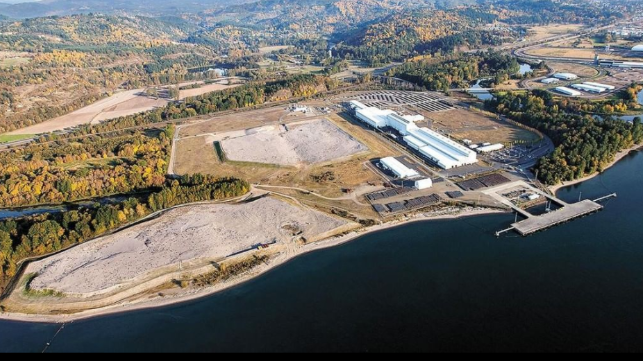 The Washington State Department of Ecology denied required permits for the planned natural gas-to-methanol plant in Kalama, Washington, citing a negative impact on the climate and on Washington’s shorelines.

Unless reversed on appeal, Ecology’s denial of state Shoreline Management Act permits means that Northwest Innovation Works and the Port of Kalama may not build the plant or the related marine terminal infrastructure.

Northwest Innovation Works (NWIW) - a venture spearheaded by state-owned Shanghai Bi Ke Clean Energy Technology Co. - has been planning a $2 billion gas-to-methanol plant at the Columbia River port of Kalama for several years. The 3.6 million tonnes-per-annum plant would use West Coast-sourced gas to produce about one MR tanker's worth of cargo every four days, with all output delivered to China for use in plastic manufacturing. The plant's onsite carbon emissions would have ranked it among the 10 largest emitters of CO2 in the state, but the proposal called for displacing Chinese production of coal-based methanol, thereby reducing global CO2 emissions overall.

The project's opponents have raised questions about whether this carbon savings is achievable, noting that any increase in methanol supply in China could result in an increased use of methanol as a transportation fuel. NWIW has promised to supply methanol for petchem companies only, but its Chinese state backer has said that it wants to promote methanol as a fuel, citing the desirable low-PM emissions of methanol-powered vehicles.

NWIW general counsel Kent Caputo said that the company is evaluating its options for an appeal. "We feel confident that science and reason will prevail," Caputo said in a statement.