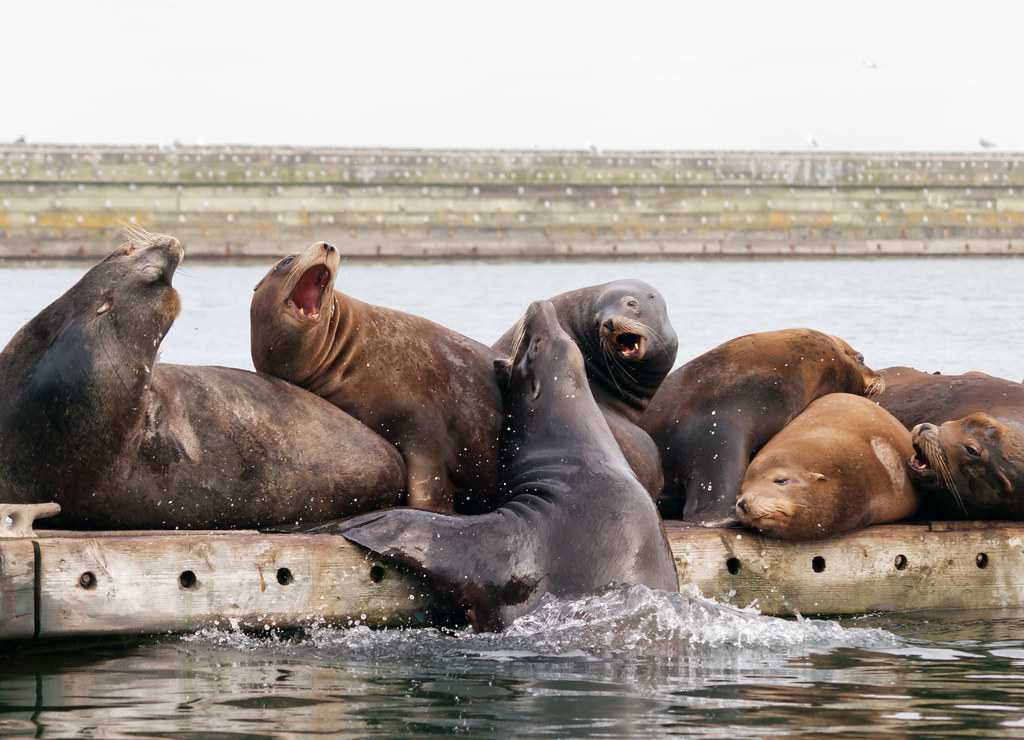 Tribes in the Pacific Northwest say a law that protects seals and sea lions undermines their fishing rights. They want a new strategy that would better manage the marine mammals eating their salmon. From member station KNKX, Bellamy Pailthorp reports.

BELLAMY PAILTHORP, BYLINE: On the Nisqually River Delta near Olympia, Wash., you can see the effects of the Marine Mammal Protection Act playing out.

WILLIE FRANK: Hopefully we didn't scare them, but there's about 200 sitting right there.

PAILTHORP: Willie Frank III maneuvers his boat to the mouth of the river, where hundreds of harbor seals have been sunning themselves on the banks.

FRANK: Yep. See? There they go. They're scooting.

PAILTHORP: Frank is chairman of the Nisqually Indian tribe. He's the son of the late Billy Frank Jr., who led the fishing protests in the 1960s and '70s that secured tribal treaty fishing rights here. But he says those rights are threatened by growing numbers of hungry seals. When the tide comes in, the seals follow the fish upriver for miles.

FRANK: I mean, these are areas where they never used to come. They wouldn't come up to the I-5 bridge, but now they go well past that.

PAILTHORP: And he says when fishermen are out on the water, the seals head straight for their nets.

FRANK: They'll get in our net. They'll eat, you know, take bites out of the fish.

PAILTHORP: Frank says the sea lions are worse. They're huge. Hundreds of them come to the Nisqually River every year and hit the fishermen's boats going after their salmon.

FRANK: I think the ecosystem's out of balance. You know, I been fishing for 20 years, and I'm seeing it every day - the lack of salmon coming back to the river. I mean, we used to catch 2-, 300 fish Sunday and Monday during king season. We're lucky to catch 100 fish now the whole season.

PAILTHORP: This year is the 50th anniversary of the Marine Mammal Protection Act. The Northwest Indian Fisheries Commission, which represents more than 20 tribes, is calling seals and sea lions invasive species allowed to go out of control under this law.

CHRIS YATES: It is very restrictive, and it protects all marine mammals in the United States.

YATES: That was what it was intended to do 50 years ago. Like we said, it's been largely successful at seeing significant rebounds in marine mammal populations.

PAILTHORP: And it's not just seals and sea lions that have bounced back. Gray whales and humpbacks have also recovered from overhunting thanks to this law. Yates says the agency is aware of the problem of seals and sea lions preying on endangered salmon. On parts of the Columbia River, wildlife officials are now allowed to kill sea lions. But in Puget Sound, federal and state agencies are still studying the scope of the problem not just for tribes but also for endangered southern resident killer whales that are suffering because of dwindling king salmon. But Yates says the law requires the regulators to maintain marine mammal species at the maximum number that the ecosystem can support.