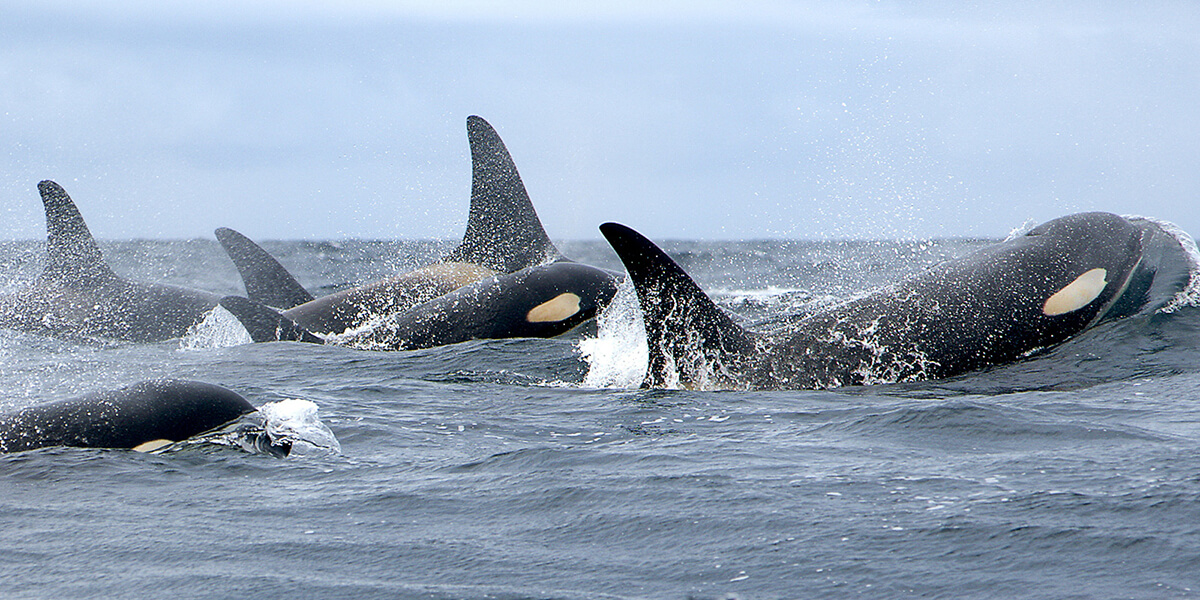 WA - NFWF Announces More Than $900,000 in Grants From the Killer Whale Research and Conservation Program

The National Fish and Wildlife Foundation (NFWF) today announced $918,700 in grants to help stabilize and recover the endangered Southern Resident killer whale population in coastal Washington and British Columbia. The grants will generate $3.2 million in matching contributions for a total conservation impact of $4.1 million.

The grants were awarded through the Killer Whale Research and Conservation Program (KWRCP), a partnership between NFWF, Shell Oil Company, SeaWorld Entertainment, Inc., the U.S. Fish and Wildlife Service, and NOAA Fisheries.

The projects supported by the eight grants announced today will address three threat categories prioritized by the Washington Governor’s Orca Task Force in 2018, including: (1) prey availability; (2) vessel impacts; and (3) toxins and pollutants.

The 73 remaining Southern Resident killer whales depend upon on a variety of salmon and other fish as their primary food source, but they especially prefer adult Chinook salmon. Recent research has determined that Chinook currently have low survival rates in their early life stages. This results in fewer juvenile fish migrating from the rivers and streams where they are born, to the Pacific Ocean where they mature, before finally journeying home to spawn, taking them through the Southern Resident killer whales’ feeding grounds.