Pacific Northwest
The viruses, colored orange, attached to a membrane vesicle from the SAR11 marine bacteria, colored gray, that was the subject of the study. (Credit: Morris et al./Nature Microbiology) 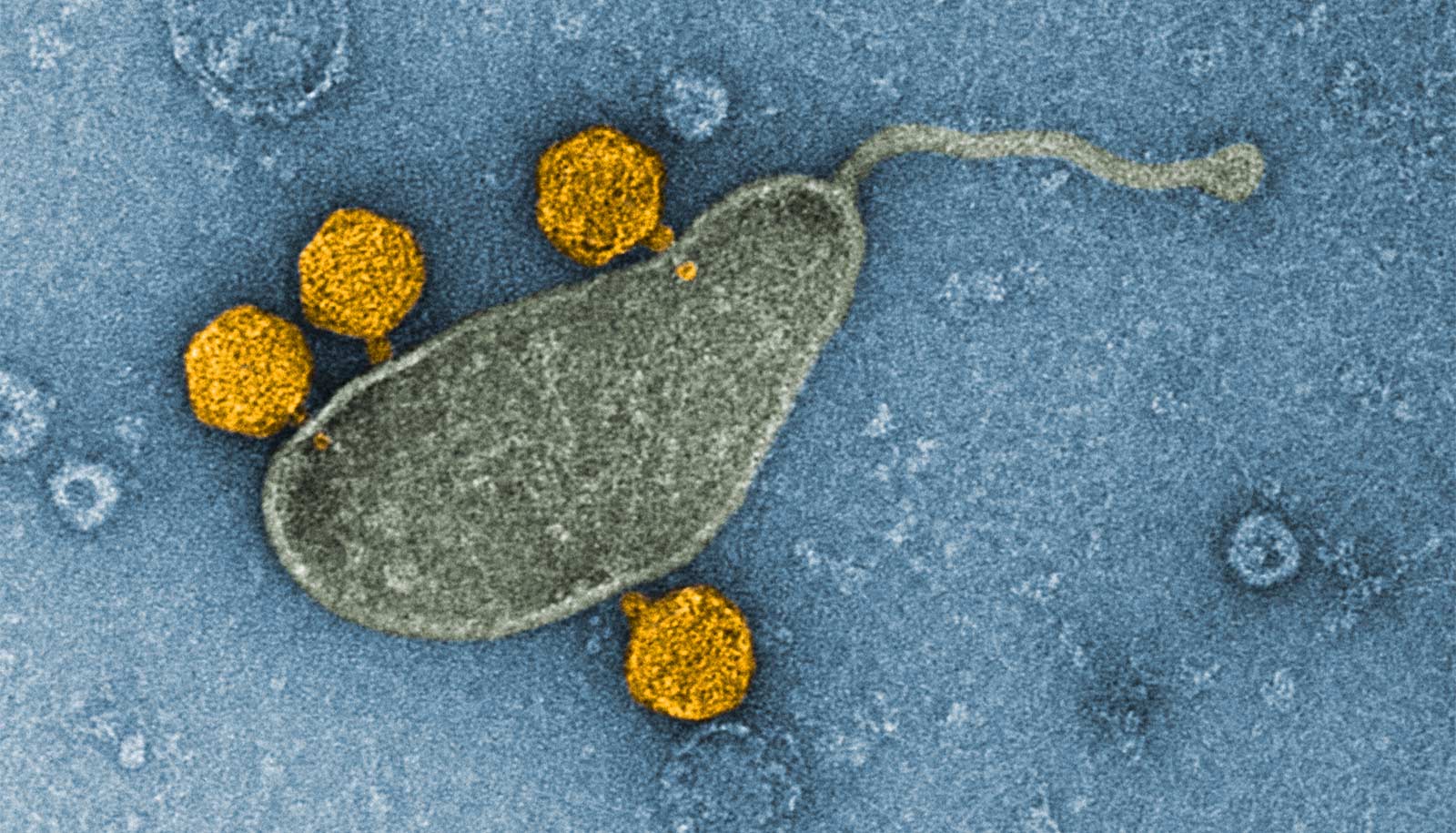 The most common group of organisms in the ocean and perhaps on the entire planet thrives despite of, or perhaps because of, the ability to host viruses in their DNA, report researchers.

Part of the family of single-celled marine bacteria called SAR11, these drifting organisms look like tiny jelly beans and have evolved to outcompete other bacteria for scarce resources in the oceans.

The findings, published in Nature Microbiology, could lead to new understanding of viral survival strategies, according to the researchers.

Oceanographers discovered that the bacteria that dominate seawater, known as Pelagibacter or SAR11, hosts a unique type of virus that spends most of its time dormant in the host’s DNA but occasionally erupts to infect other cells, potentially carrying some of its host’s genetic material along with it.