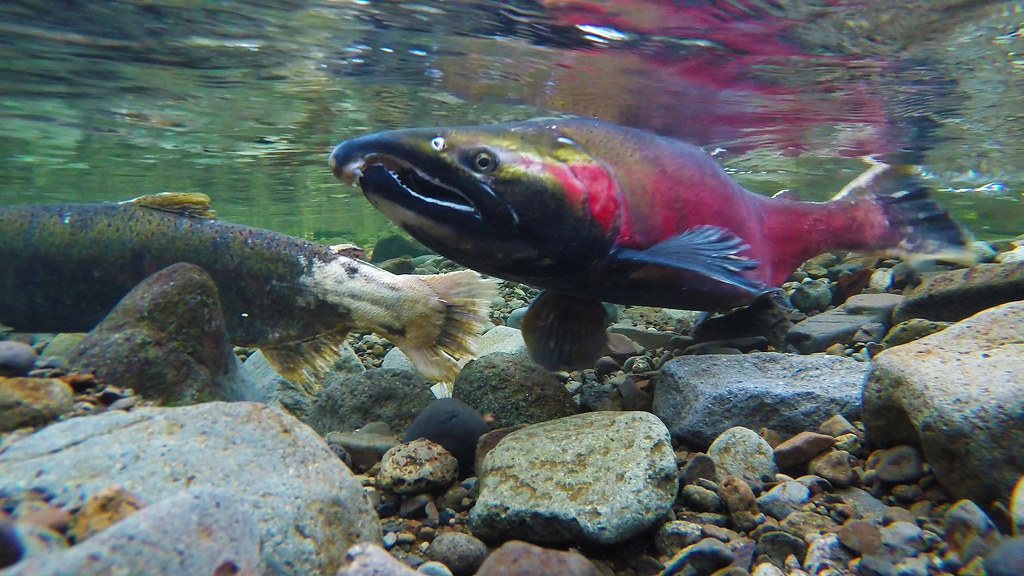 The social and economic fabric of Puget Sound depends on development, but it cannot come at the expense of the endangered species that make their home in the region. Recent efforts by the National Marine Fisheries Service seek to strike a crucial balance.

It is an important step in helping salmon recovery that supports tribal and commercial fisheries, as well as safeguarding the orcas which depend on salmon for food.

The National Marine Fisheries Service, also known as NOAA Fisheries, has updated how it evaluates projects that impact nearshore habitat, which includes tidal marshes, wetlands and river estuaries. Structures such as marinas, docks, piers, bulkheads and sea walls have destroyed much of the space where salmon grow before heading out to the ocean.

Young Puget Sound chinook salmon spend their first critical months in saltwater, feeding and growing in the sheltered water of nearshore habitat, officials said. That growth time is essential in determining whether the salmon can make it back to rivers as adults to spawn.

More than 70% of nearshore habitat in Puget Sound and the Salish Sea is gone.

“The challenge before us was how we would be able, under the Endangered Species Act, to protect and conserve those species as well as providing sustainable development,” said Kim Kratz, assistant regional administrator for NOAA Fisheries’ West Coast region.

The answer was to set a baseline of no net loss of existing habitat. When projects seek permitting through the Army Corps of Engineers, NOAA Fisheries is consulted for impact to threatened and endangered species. Developers must either reduce a project’s impact or offset it, which is a new bar to meet in Puget Sound, officials said.

“Developers have a lot of options,” said NOAA Fisheries spokesman Michael Milstein. “They can redesign the project to reduce the impact, they can fund restoration efforts as part of the project, like taking out creosote pilings that are toxic, or they can obtain credits for restoration elsewhere.”

The agency has created what they call a Salish Sea Nearshore Programmatic, which guides developers on how they can meet requirements and allows for predictability and faster approval. It also has developed a “conservation calculator,” which uses the latest research to determine how many habitat credits would offset a project’s impact on wildlife.