Pacific Northwest
In a picture from 17 May 1999, two Makah whalers stand atop the carcass of a dead gray whale at Neah Bay, Washington. Photograph: Elaine Thompson/AP 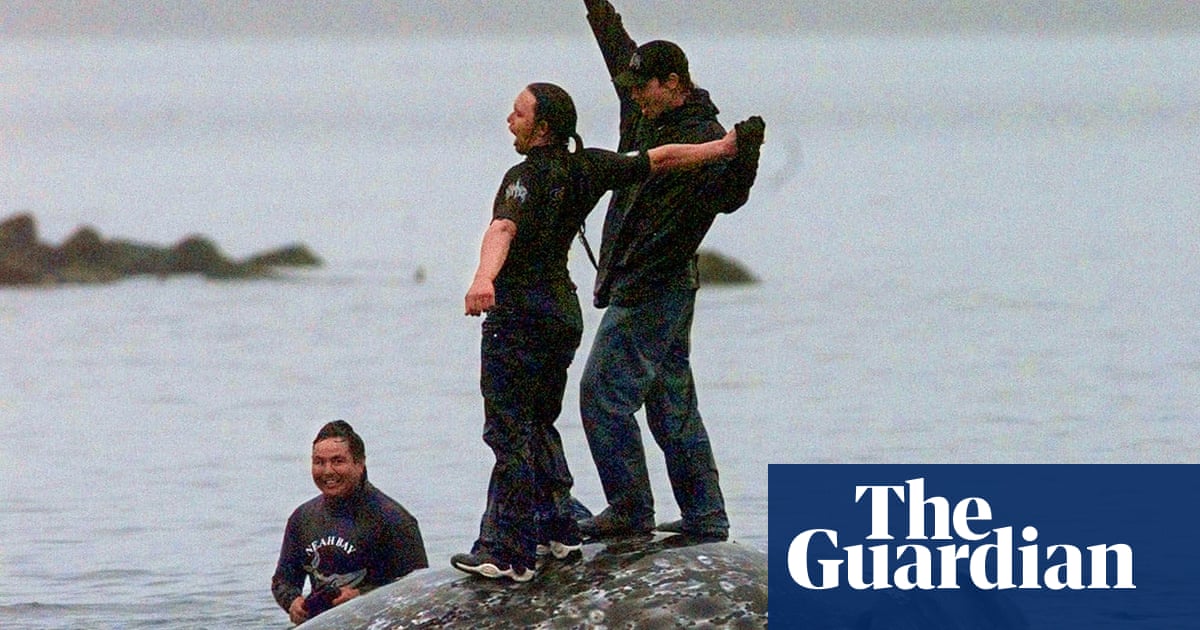 By
Associated Press in Seattle via The Guardian
Section:
Justice
Region:
Pacific Northwest

An administrative law judge has recommended that a Native American tribe in Washington state be allowed to hunt gray whales – a major step in its decades-long effort to resume the ancient practice.

“This is a testament to what we’ve been saying all these years: that we’re doing everything we can to show we’re moving forward responsibly,” Patrick DePoe, vice-chairman of the Makah Tribe on the remote north-western tip of the Olympic Peninsula, said on Friday. “We’re not doing this for commercial reasons. We’re doing it for spiritual and cultural reasons.”

DePoe was in high school in the late 1990s when the Makah were last allowed to hunt whales, occasions that drew angry protests from animal rights activists who sometimes threw smoke bombs at the whalers and sprayed fire extinguishers in their faces.

Since then, the tribe’s attempts have been tied up in legal challenges and scientific review. A federal appeals court ruled in 2002 that the Makah needed a waiver under the Marine Mammal Protection Act. The tribe applied for one in 2005 but hasn’t received it.

On Thursday, nearly two years after he presided over a hearing on a government proposal to approve the waiver, administrative law judge George Jordan issued his 156-page recommendation to the US Department of Commerce, finding that the tribal hunts would have no effect on the healthy overall population of the whales.

The recommendation, with a public comment period and further environmental analysis, will inform the final decision, though no timeline has been set.