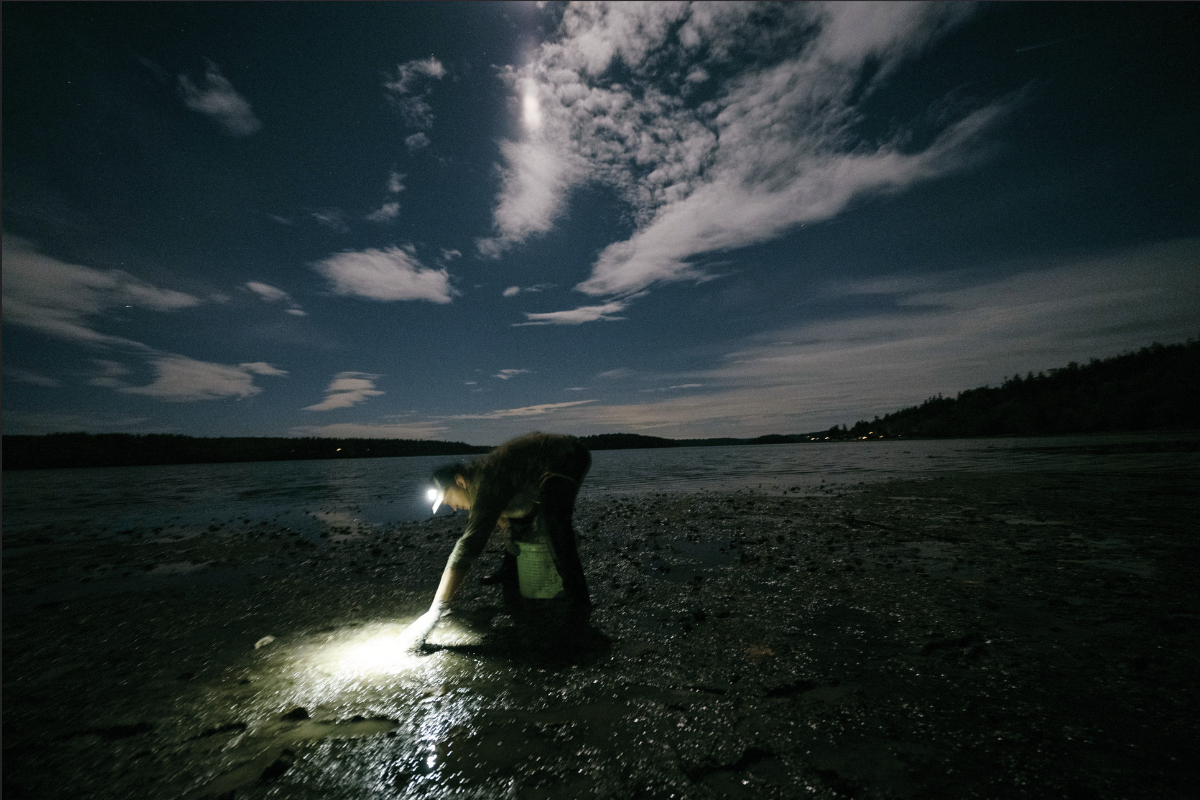 An Indigenous-owned aquaculture company is showing how to balance ecosystems and economic growth.

The light of the October full moon bounced across the surface of Washington’s Similk Bay. Stuart Thomas stood ankle-deep in the ebbing tide, flipping black mesh bags filled with oysters.

He opened a bag and pulled out a handful of small ones, barely an inch across, shucking them quickly in the light of his headlamp. “These are Olympia oysters,” said Thomas, cheerful despite the midnight hour. The only oysters native to the state, they’re finally making a comeback after being driven nearly to extinction more than a century ago by overharvesting, habitat destruction and a commercial preference for introduced species, such as the Pacific oyster.

“It was made clear to me early on that everything we were to do would have to be in line with protecting the environment.”

The flesh inside the Olympia’s shell is only the size of a quarter. It tastes sharp, briny and faintly of stone, more ancient, somehow, than the sweet and creamy Pacific oysters that are the mainstay of Washington’s farmed shellfish industry.

A self-proclaimed genetics nerd, Thomas is charged with reviving the Olympia oyster for the Swinomish Shellfish Company. The Englishman had spent years working in Washington’s commercial shellfish industry before joining the company, which is owned by the Swinomish Indian Tribal Community. Now he operates under a different set of rules, with a unique prime directive: Do not mess with the eelgrass beds.

“It was made clear to me early on that everything we were to do would have to be in line with protecting the environment,” said Thomas.

Less than 40 feet away from him, the eelgrass lay flat and unmoving at the water’s surface. Its stillness belied the importance it holds for the marine ecosystem in this part of the world. The grasses serve as a nursery, feeding ground and resting spot for a dizzying number of species up and down the food chain, from orcas to zooplankton, including virtually all the marine foods that Indigenous communities use.

But the plant also grows in or near many of the same places that shellfish do, and conservation measures to protect it have fallen short, according to a lawsuit the Swinomish brought against the federal government in 2018. Food security, both now and in the future, shouldn’t be sacrificed for economic gain, the tribe argues; the two can coexist. The Swinomish Shellfish Company is determined to prove that other vital species can thrive alongside an industry that brings in $150 million a year to the state.