Pacific Northwest
Luke Rahn of Castle Rock hoists his rod and reel high over head while playing a salmon in the Cowlitz River on Thursday. A recent policy change will likely reduce the number of fish available for sport anglers on the lower Columbia River and its tributaries. Jordan Nailon / Longview Daily News 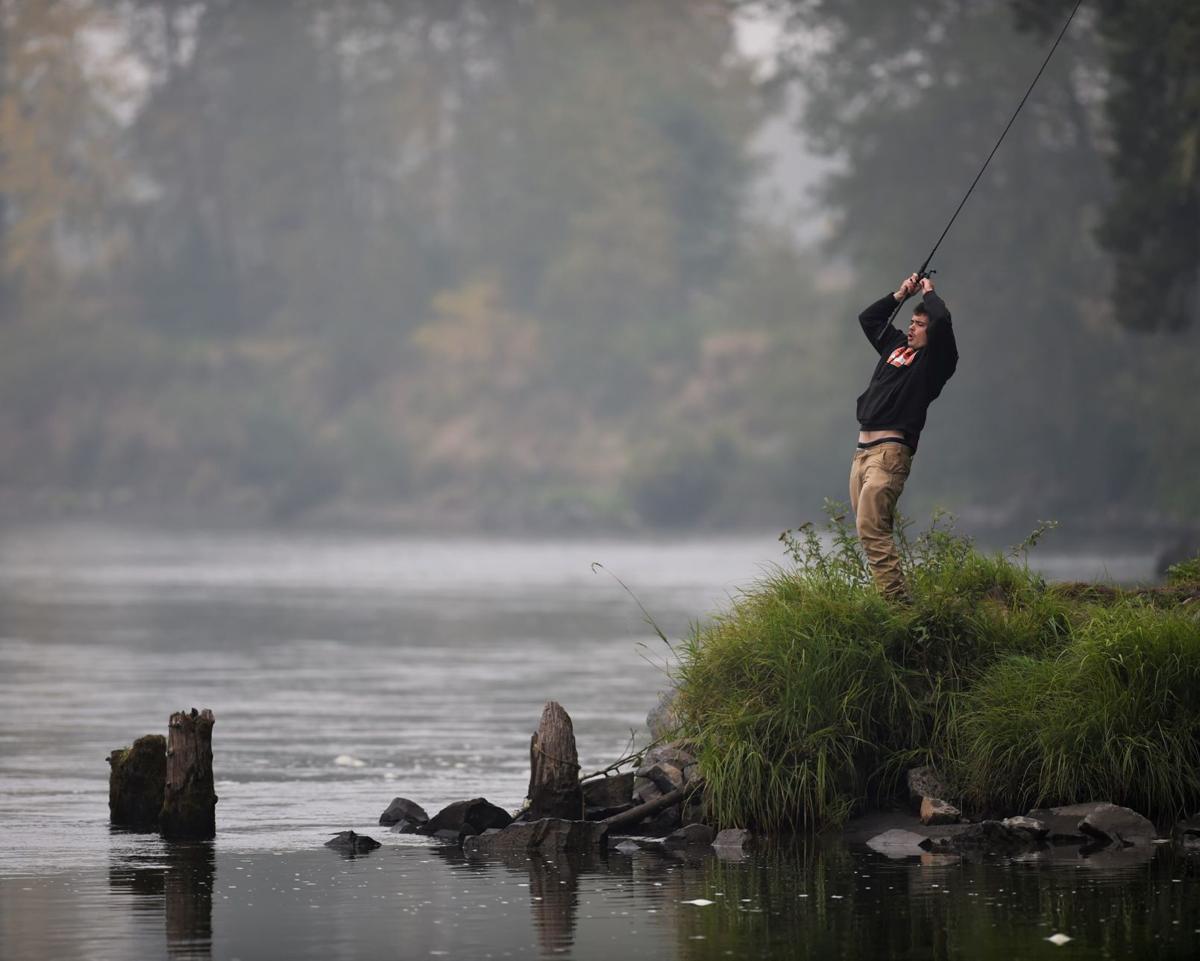 A recent update to the state’s Columbia River salmon management policy to change harvest allocations and allow commercial gillnetting on the main stem has anglers reeling.

Recreational fishers say the change will reduce opportunities for sport fishing, negatively affect conservation efforts and cause incongruity in the rules on a waterway managed by two states.

Though they agree policy differences will arise between Washington and Oregon because of the change, commercial fishers say the rest of the anglers’ fears are blown out of proportion.

“We’ve made a lot of changes over the last 30 years to how we fish in order to adjust to (federal Endangered Species Act) listings, in order to adjust to harvesting the best fish in the river at the best times,” said Robert Sudar, a commercial fishing advisor based in Longview. “It’s a totally different fishery than it was 30 to 40 years ago.”

Washington Department of Fish and Wildlife commissioners approved the controversial changes Sept. 11. The updates shift the allowable harvest for spring, summer and fall Chinook fisheries to an average threshold of 70% recreational and 30% commercial. That’s compared to the 80% recreational, 20% commercial split that was previously in place.

Additionally, the new harvest allocations use an “abundance-based matrix,” which calculates the specific annual harvest percentage based on the run size. In years with low return numbers, the policy allows sport anglers to take more than 70% of the overall quota, with commercial boats sacrificing the difference. But in years of high returns, commercial fishers can take more than their average 30%.