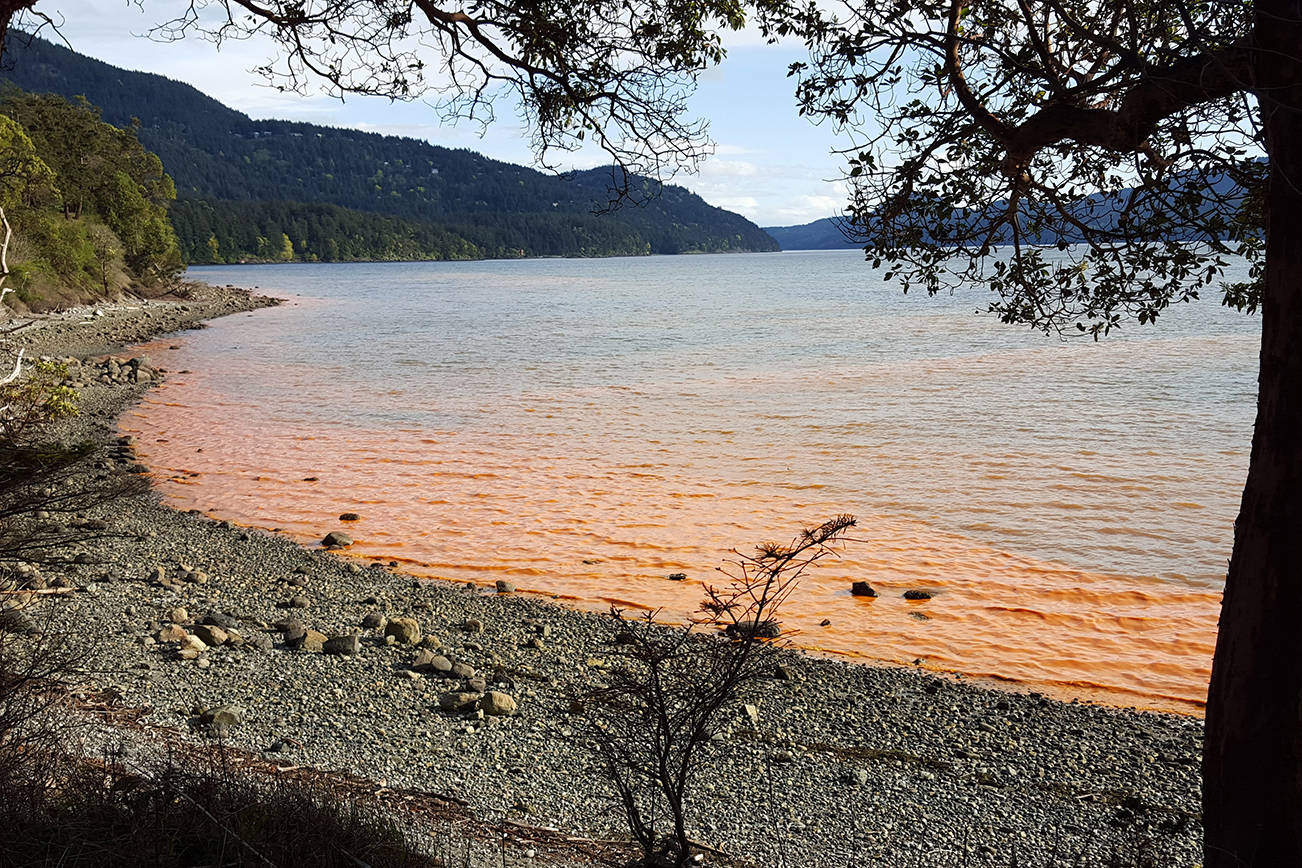 Alexandrium catenella is a toxic species of microscopic, single-celled marine algae that produces saxitoxins, a group of potent neurotoxins that cause paralytic shellfish poisoning along the Pacific and Atlantic coastlines of the United States and Canada.

Paralytic shellfish poisoning, or PSP, is a potentially fatal illness resulting from eating shellfish that have ingested Alexandrium cells and concentrated the saxitoxins in their tissue.

Alexandrium is most abundant during the summer and spends the winter in marine sediments on the floor of coastal bodies of water, such as the Salish Sea, as a dormant resting cyst. When environmental conditions are favorable during the spring and summer, these cysts germinate to form swimming cells in the water column where they multiply and may be food for shellfish. (Life Cycle of dinoflagellate Alexandrium catenella.) The distribution and abundance of cysts in the sediment during the winter can be used to identify where there is greater potential for Alexandrium to bloom.