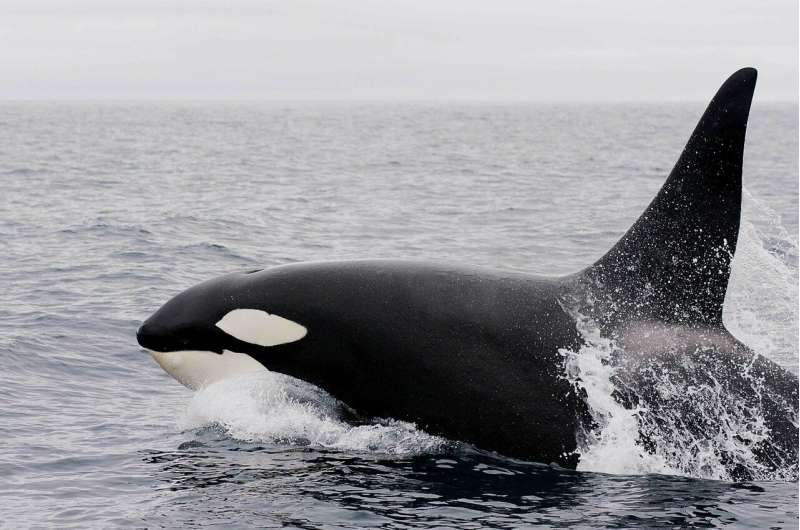 Female orcas are most thrown off from foraging when boats and vessels intrude closer than 400 yards, according to new research—troubling findings for the endangered population of southern resident orcas that desperately needs every mother and calf to survive.

The research, gathered by attaching suction-cup electronic tags to the whales, is a clear wake-up call to the protection endangered mother orcas need, researchers and experts say.

"Anything that takes food away from a mom trying to support a calf, that is something we should carefully consider," said Marla Holt, lead author on the study, and a research wildlife biologist at the National Oceanic and Atmospheric Administration's Northwest Fisheries Science Center in Seattle. "We need females to produce calves if we want to move toward population recovery."

NOAA declared the southern resident orcas in 2015 a Species in the Spotlight, an initiative to bring more attention to the most endangered marine species in the U.S. These latest findings, published Tuesday in Frontiers in Marine Science, are expected to help the agency align its guidelines for whale watching with rules already in place in British Columbia and the state of Washington to be more protective of southern resident mother orcas and their calves.

The Washington Fish and Wildlife Commission recently adopted new rules that forbid commercial whale watching of a southern resident calf up to 1 year old, among other restrictions.

In Canada, whale watch tour operators have agreed to not offer or promote tours of southern resident orcas.