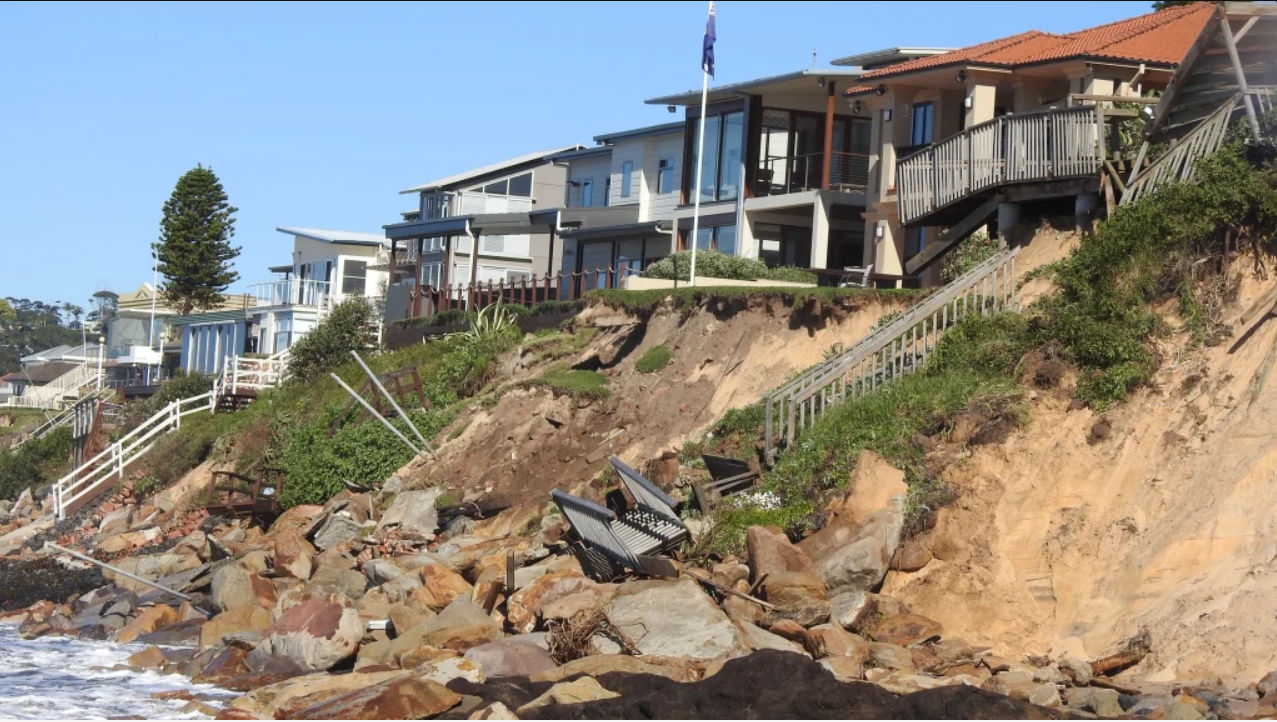 Residents of 18 properties including a block of flats at Wamberal have been ordered to evacuate their Central Coast homes for at least a month after huge surf washed away about 30 metres of beach.

The Central Coast Council is due to hold an emergency meeting late on Monday to discuss how to restore the beach ahead of a high tide peak Wednesday evening.

While locals and coastal experts debate responsibility for building a long-planned seawall along the 1.4 kilometre beach, the Insurance Council of Australia said as many as 300,000 properties around the country were vulnerable to storm surges, 20,000 of them deemed "high risk".

Margaret Brice, a member of the Wamberal Protection Association and the owner of a property on Ocean View Drive, which had been partly undermined by last week's huge surf, said it was "very distressing for all the people involved".

For at least 20 years, a revetment wall costing at least $20 million had been planned for the strip and property owners had been prepared "to pay our fair share", Ms Brice said.

While homeowners would benefit, so too would the almost 500 homes in the Wamberal Lagoon area behind the road. "If the sand dune goes, so do all the properties," Ms Brice said.

Coastal engineer Angus Gordon said the state government had known about the problems at Wamberal since the 1970s but had failed to amend legislation that would have made it easier for the local council to start work on the seawall.