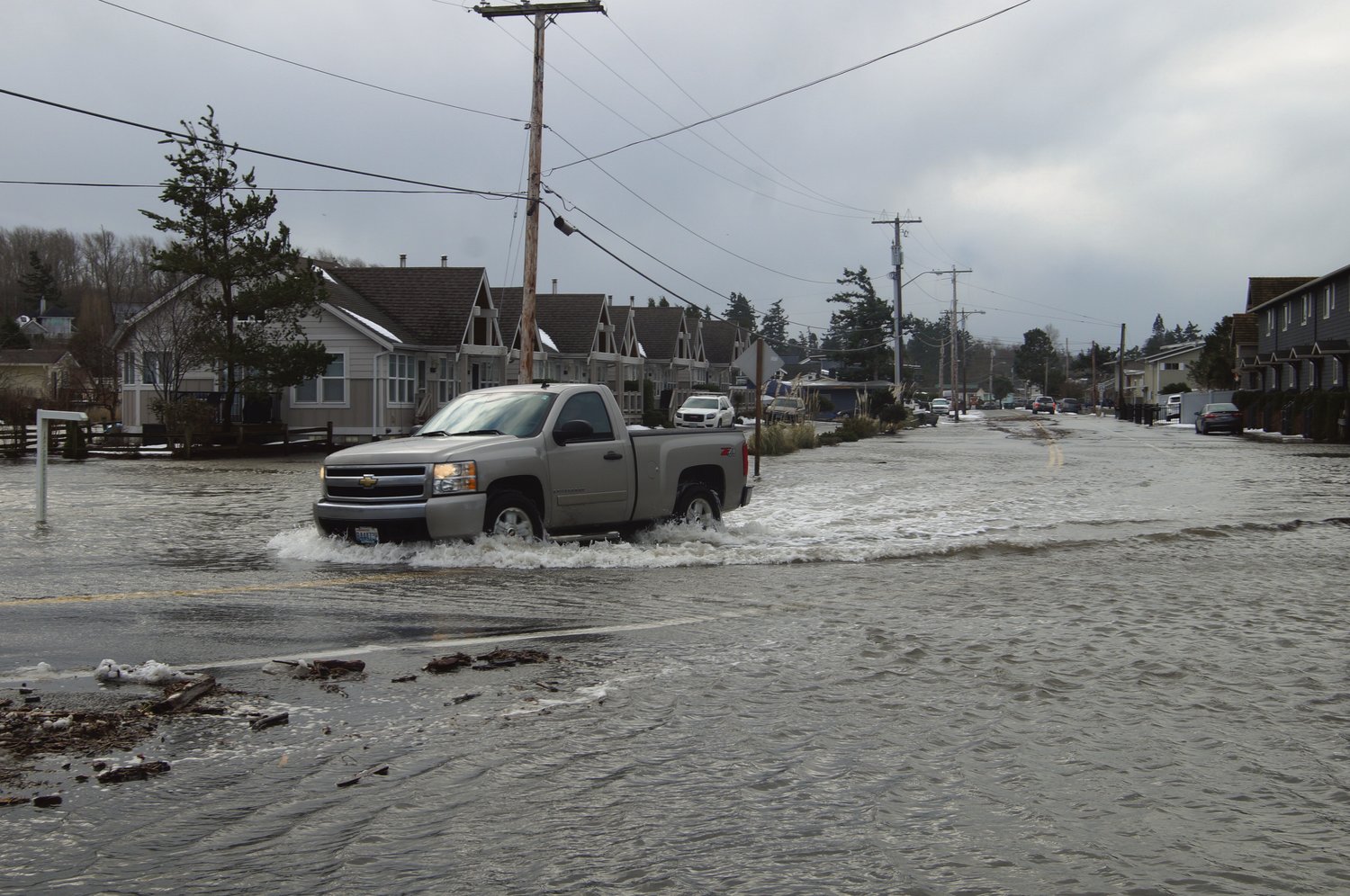 Emergency management crews closed Birch Bay Drive from Alderson Road through Birch Bay State Park as water broke over the seawall on the south side of the bay and backed up Terrell Creek, flooding the area.

Rosemary Connors of The Bridge Community Hope Center, at 4815 Alderson Road, said in an email to The Northern Light that 12 inches of water poured into the building last Friday, interrupting the Bridge’s food distribution. North Whatcom Fire and Rescue firefighters assisted volunteers in draining the building. Connors said this is the fourth flood the building has experienced in the past 12 months.