Mid-Atlantic
Maryland and Virginia are both weighing options for reducing the harvest of striped bass, but stricter catch limits may impact recreational anglers more than the commercial fishery. (Dave Harp) 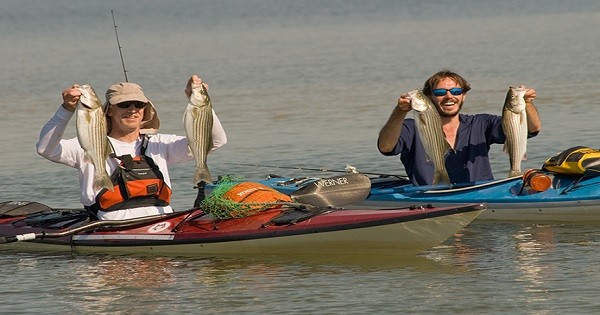 Anglers who live for hooking a feisty striped bass are going to have fewer chances to do it in 2020 — and probably for at least a year or two afterward.

Prompted by a scientific finding that the East Coast’s most prized finfish are in trouble, Maryland, Virginia and the Potomac River are all moving to adopt new catch restrictions aimed at stemming the species’ decline.

But many anglers are complaining about the complexity, fairness and even the adequacy of the cutbacks under consideration, which range from a quota tuck of less than 2% for commercial fishermen in Maryland to a 24% reduction in fish removed by recreational anglers in Virginia.

The two states are taking somewhat different tacks to comply with a directive from the Atlantic States Marine Fisheries Commission, which regulates fishing for migratory species from Maine to Florida. Last October, the interstate panel ordered an 18% decrease in mortality of striped bass coastwide, including in the Chesapeake Bay, which serves as the main spawning ground and nursery for the species.