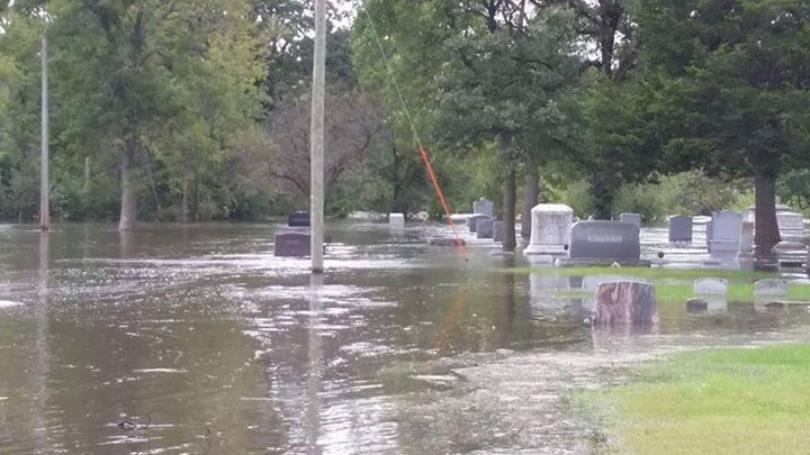 When Revolutionary War soldier Josiah Clark was buried in a small Vermont cemetery near a river bank in 1835, it was supposed to be his final resting place.

But erosion over the years made worse by more intense storms has washed away some graves and left the remains of Clark, who fought at the 1775 Battle of Bunker Hill in Massachusetts, precariously perched on the edge of the steep eroding bank. His bones were exhumed last spring, and now the town is trying to figure out what to do about the eroding cemetery, where another Revolutionary War soldier is also buried.

“That’s a big part of our history, and I think it’s terrible that … this is happening,” said Tom Giffin, president of the Vermont Old Cemetery Association.

Rising seas, erosion and flooding from worsening storms that scientists believe are caused by climate change are putting some older graveyards across the country at risk. From western Alaska to Louisiana to the eastern shores of Maryland, some historical burial grounds are sinking or submerged in swamps. And the problems are not just in coastal areas.