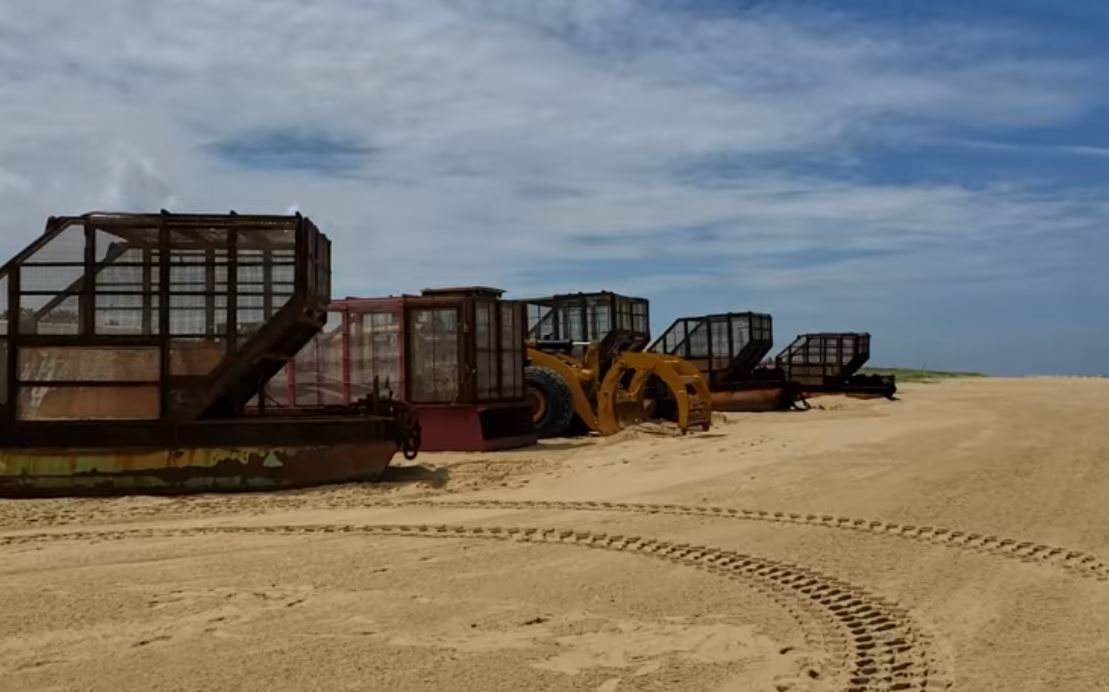 The Virginia Beach Hurricane and Storm Damage Reduction Project, a joint effort by the city of Virginia Beach and the U.S. Army Corps of Engineers’ Norfolk District, is slated to begin this week.

The project, which began in late June, renourished 75 percent of the oceanfront in approximately two months. The contractor halted operations on September 1 for a sea turtle migration time-of-year restriction imposed by the district

Sandbridge is expected to start later this winter and be wrapped up by May.

Virginia Beach’s hurricane and storm-damage reduction system was originally completed in 2001, and this is the second beach-replenishment contract since initial construction. The first occurred in 2012, when crews placed 1.25 million cubic yards of sand on the beach.

This project consists of beach-berm renourishment along the Virginia Beach oceanfront to provide a minimum elevation of 9 feet above sea level and minimum crest width of 100 feet.

According to USACE, the Great Lakes Dredge and Dock Company (GLDD) crews will work in roughly 1,000-feet sections of the beach, closest to the water, and access to these areas will be closed off to beachgoers to ensure public and contractor safety.

The remaining sections, outside the work zone, will remain open.

“Getting this completed before the hurricane season greatly reduces the risk from storm damage to the oceanfront infrastructure, and continues to show our commitment to protecting this vitally important area,” said Kristin Mazur, Norfolk District project manager.

The project consists of beach-berm renourishment along the Virginia Beach oceanfront to provide for a minimum elevation of 9 feet above sea level and minimum crest width of 100 feet.

The district is implementing an interactive map to track progress of the replenishment project. It provides real-time updates and is color-coded; green means construction is done and red means it’s ongoing.